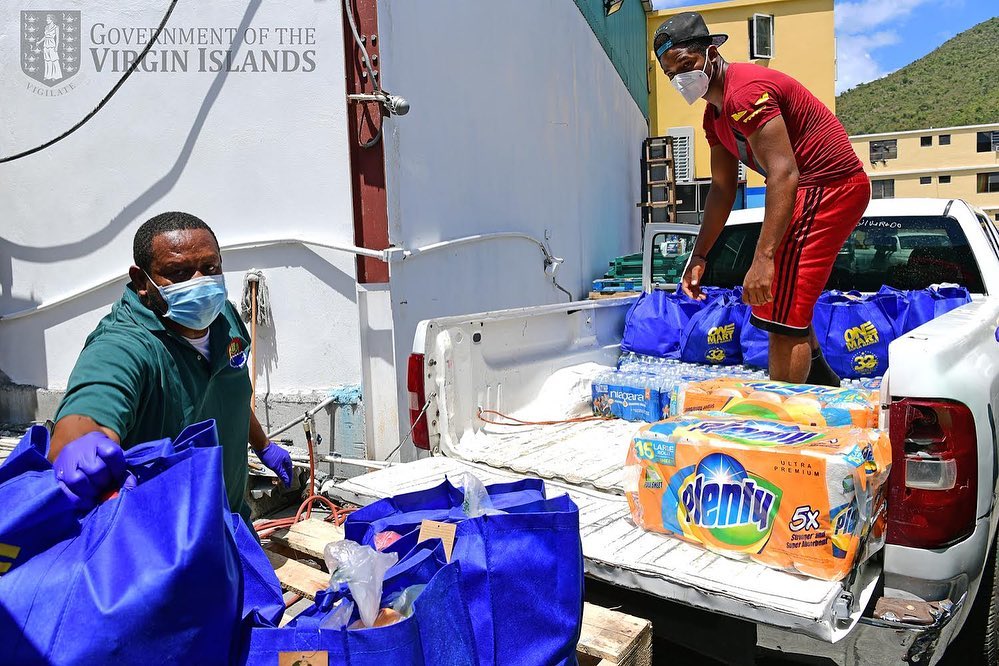 Skelton Cline said persons have been requesting the welfare food packages for their household. But after receiving the first delivery, they then have another individual living at the same residence call in with a new request for food.

He said the authorities are “taking notes” of the multiple times that drivers are being sent to the same homes to deliver groceries to individuals living under the same roof.

Skelton-Cline further said persons found to be abusing the system would be placed on the ‘red paper alert’.

“We are taking names and numbers and addresses, your location … you cannot get in the way of the needy, and this is the problem with the greedy,” he stated.

There is enough for everyone

And while chiding dishonest residents, Skelton Cline assured that there is enough food for everyone.

He further reminded residents that government has pump $2 million into the initiative to feed needy residents.

“We know that the $2 million is not just for one week. You are going to need food next week and in some weeks to come. And so what we do recognize, for the most part, everybody is doing well. But some of you — the greedy — is getting in the way of the needy,” Skelton Cline stated.

“If you don’t have sufficient for what you need, then at least let us know that and I am sure that the government and the personnel responsible for it will be accommodating,” he added.

Recently, Premier Andrew Fahie bemoaned that certain residents were using wigs and different clothes to fool the Family Support Network to get more than their share of food.

The government had partnered with the charitable organisation to distribute much-needed food to those in need during the lockdown.