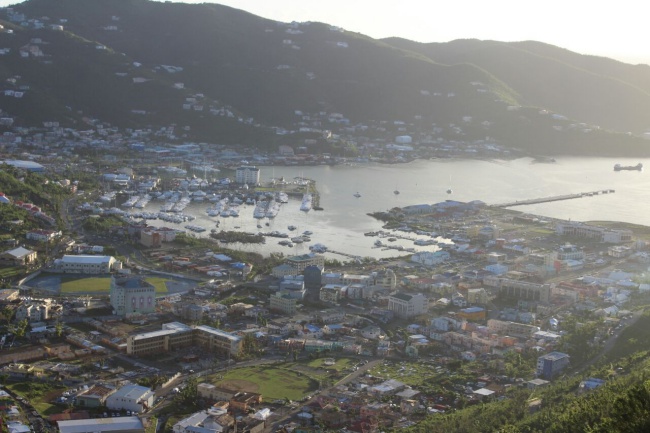 With the next population census scheduled to happen this year, the Central Statistics Office has expressed concerns about the general unwillingness of residents to participate in the census.

Director of the Statistics Office Raymond Phillips communicated those concerns recently when he met with the Standing Finance Committee (SFC), which comprises the territory’s 13 legislators.

He told the SFC that “it has been the culture for too long where persons do not cooperate in data-collection activities and get away with it”. He said, “people tend to have an attitude where they feel like they don’t have to cooperate and nothing happens to them”.

The 2020 census could be ‘very difficult to complete’

According to the 2020 SFC Report, there are public concerns about confidentiality, which some residents have given as a reason to not participate in the census.

The report stated that even the Director of the Statistics Office has been told by residents that “he could do what he wants and that they were not going to give him the data”.

Within the said report, Phillips further stated that unless something is done to address the matter, he fears that “the next census will be very difficult to complete”. He then stressed that he cannot produce statistics if he does not have the raw data.

The territory’s statistics law is deficient

While weighing in on the issue, Acting Permanent Secretary in the Office of Premier, Kedrick Malone, said there are deficiencies in the territory’s Statistics Act.

Malone argued that there where are no regulations attached to the law and noted that government needs to “work on strengthening it”.

Section 12 of that law states that the Central Statics Office “may require by notice in writing” for any person or class of persons to furnish information for data-collecting initiatives such as a census. The law, however, has not made any provisions for persons who refuse to participate.

Responding to the concerns, Premier Andrew Fahie, who has ministerial responsibility for the Central Statistics Office, said he is aware of the challenges that the office faces.

He further stated that “the department should use a public relations campaign to address some of the concerns of the public”. The Premier then noted a previous media interview in which Director Phillips made statements that allowed persons “to see the importance of statistics”.

‘Participating in census should be mandatory’

Throughout the SFC proceedings, no commitments were by legislators to come up with solutions to address the issue.

Government Minister Carvin Malone, however, suggested for the Statistics Office to use analytics from agencies such as the departments of Labour & Immigration, Motor Vehicles, and the National Health Insurance to help collect and compile data.

Another government legislator, Neville ‘Sheep’ Smith stated on record that he believes “it should be mandatory for persons to participate in the census”.

The BVI’s last population census was conducted in 2010. Some 28,054 persons were said to be residing in the territory in that year.
Add Comment