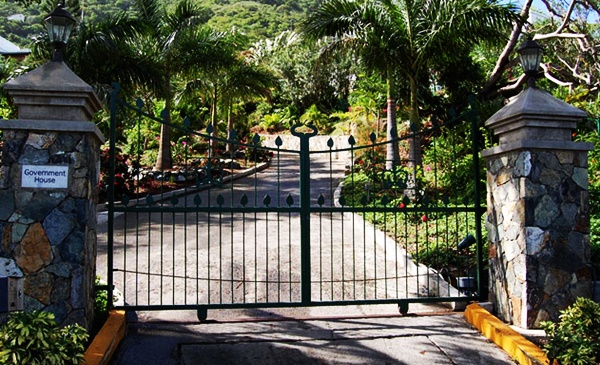 Residents should be able to seek recourse from public service, not 'white house on the hill'

Governor Augustus Jaspert said he believes residents of the British Virgin Islands would be better served if there are functioning institutions where persons can seek recourse other than at his office.

Responding to questions from members of the media during a press conference on Friday, the Governor said: “Each Overseas Territory (OT) is very different and some of that is historical in culture where people feel that if they go to the White House on the hill, they can get an answer than actually holding the public service to account, or the minister to account as they may need to.”

“My door is always open. I am always happy to talk. I want to be connected to the community and that’s a very important thing. But, actually, for the long-term success of the territory, it is more important that the institutions are there to be able to do the jobs for the people,” he added.

Jaspert said while the practice of residents seeking redress from the sitting governor is not unique to the BVI, the territory is lacking in key areas when compared to the other OTs.

“The Deputy Governor’s Office has done some mapping out across the other OT’s where we stand across those and this is why we are keen to bring forward the proposals that will bring us up to the same level. [These proposals include making provisions] to have a ministerial code, to have an Integrity Commission that we have talked about so that it’s not the Governor who has the pressure, [and] that there is an independent body who can go an investigate and properly draw up the conclusions around it.

He said there is also a need for freedom of information legislation so that “people can get information when they need it”.

The Governor said residents seek out his office for assistance on a wide array of issues they are faced with.

“A lot of things is about the service that people have gotten in terms of permits and licenses and various things,” he explained. “Some of them are rightly for us where I have constitutional powers and responsibilities, and we look into. For example, we get a lot of issues relating to prison matters, appeals from prisoners in various ways and those things come to me to consider and depending on what the issue is I draw advice from the parole board or various committees of support.”

Governor Jaspert said he is also privy to what he described as “a lot of gossip”.

“For a small population, I think there is probably more rumours than people. But, for me, the important thing is the institutions working correctly and the ministries are able to respond quickly.”

He said when persons seek out his office, it is usually something one of the government ministries can handle, and so he would forward their request to the necessary department.

In the event of legal matters, he would also advise them accordingly.

“One of the things that I think is every Governor when they start their job, they should think of the end of their term and write a little note saying ‘you have less to do’ … The Governor should be about improving the institutions, making the territory more successful, more self-determining, stronger democratically, stronger in accountability, and transparency, so that the public is the ones who are really in the lead.”
Add Comment