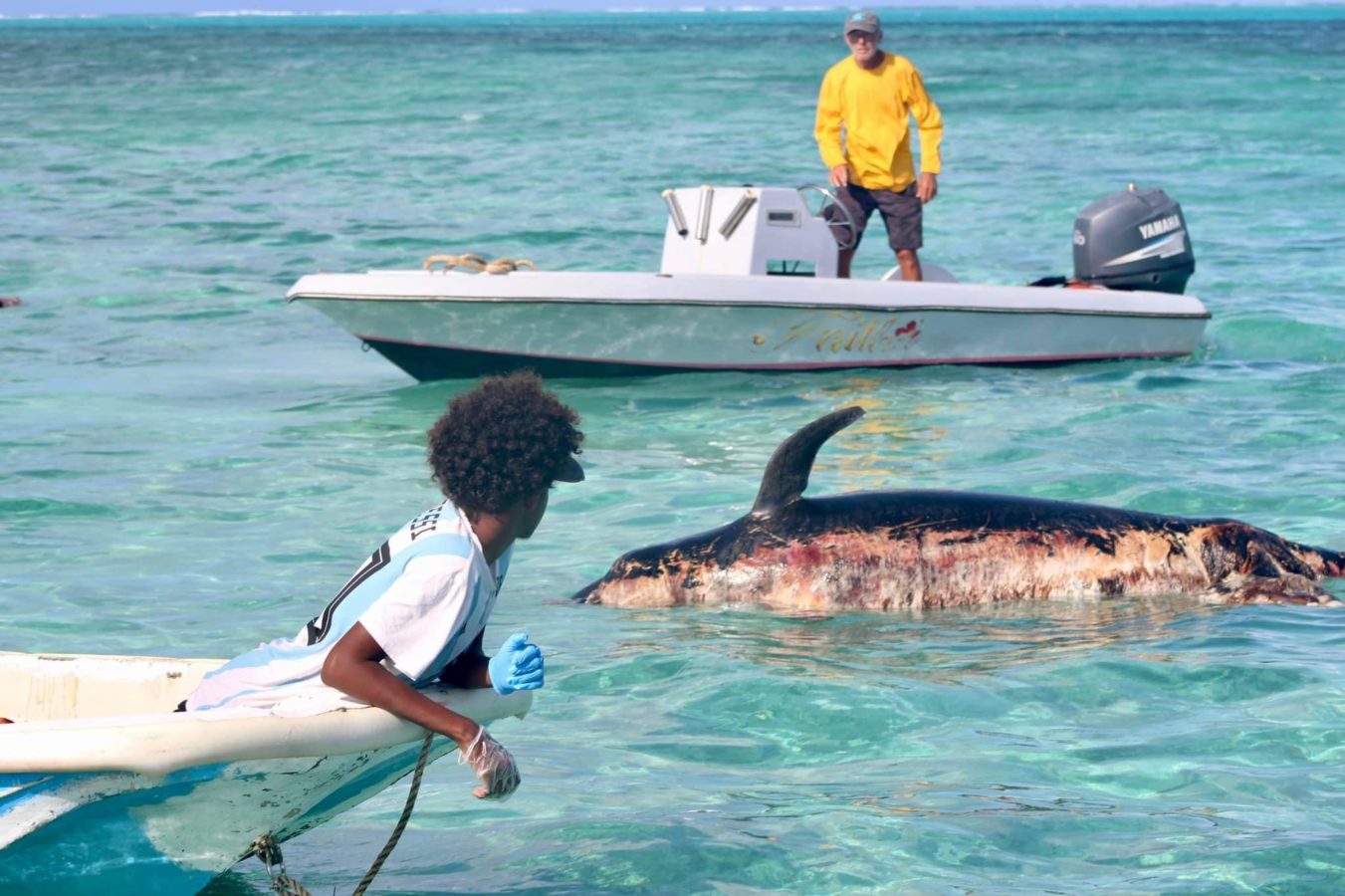 Residents, visitors advised to keep away from eastern Anegada beach

Natural resources Minister Melvin ‘Mitch’ Turnbull is advising residents and visitors against visiting the eastern beaches of Anegada fro the next few days.
This warning comes because the carcasses of several short-fin pilot whales were removed from the area this week and the location is not yet safe for human traffic.

“Due to the scope of works that were recently conducted in the eastern end of Anegada, for the safety of residents and visitors alike, I urge everyone to refrain from the site until Tuesday, 12th July,” Turnbull said.

“I have had discussions with experts that assisted the ministry in removing the carcasses, and we agreed that this precautionary measure is needed to ensure the safety of everyone. Further announcements will be made regarding the reopening of the area. I would like to thank the people of the Virgin Islands for their patience and understanding in this matter,” the Natural Resources Minister added.

Earlier in the week, the ministry announced it would be organising a local stranding network, partnering with local non-government organisations (NGOs) to better respond to incidences concerning marine life that get stranded after beaching themselves on land.

At the time of removing the whales, the government received assistance from various local NGOs to collect genetic samples and morphometric data from the whales.

The genetic samples were sent out of the territory for testing, and this would allow for the ministry to learn more about the deep-water mammals that do not often venture into shallow waters.
#the Virgin Islands
Add Comment