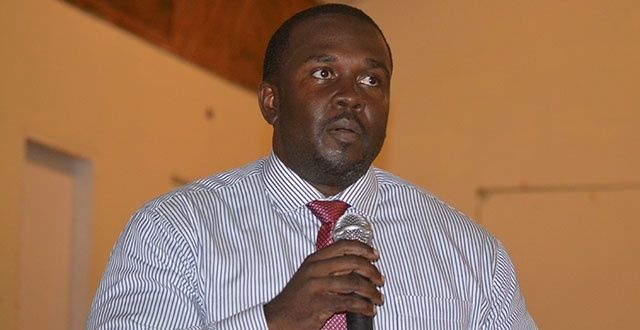 Opposition Leader, Hon. Malon Penn is calling for urgent action from the National Security Council, which includes the Governor and the Premier, to curtail the rising crime situation currently confronting the Territory.
In a statement issued today, March 17, a day after the brutal execution-style gunning down of Deverson Williams at Fish Bay, Hon. Penn stated that loved ones continue to reel from one crisis to another.

"I call on the Government of the Virgin Islands and the National Security Council to prioritise the safety of its citizens, and to take strong and urgent action that will act as a deterrent to every element of criminality, ensure our wellbeing, and protect our economy. The recent acts of murder, robberies, burglaries, gun and drug related crimes are a cause for concern," Hon. Penn stated.

"Fellow Virgin Islanders, I know that most of you are struggling with your businesses, in your daily lives and are adjusting to the challenges brought about by COVID. We know the negative impact that crime can have on our economy and our overall quality of life. I am again appealing to the Premier and his Government to deploy whatever resources are needed by law enforcement to maintain the safety and security of our people and our economy," Hon. Penn stated.

He also urged citizens to do their part in assisting to help to prevent and solve the acts of crime.

"Fellow Virgin Islanders, it is in this vein that I urge the Honourable Premier to act with urgency, recognising the need to serve, honour and protect our citizens. We cannot allow the criminal element to overtake our Territory. We must act now for the families that grieve the loss their loved ones, for the future of our young people, and for the peace of mind of every citizen," Hon. Penn stated.
#Covid  #the Virgin Islands
Add Comment