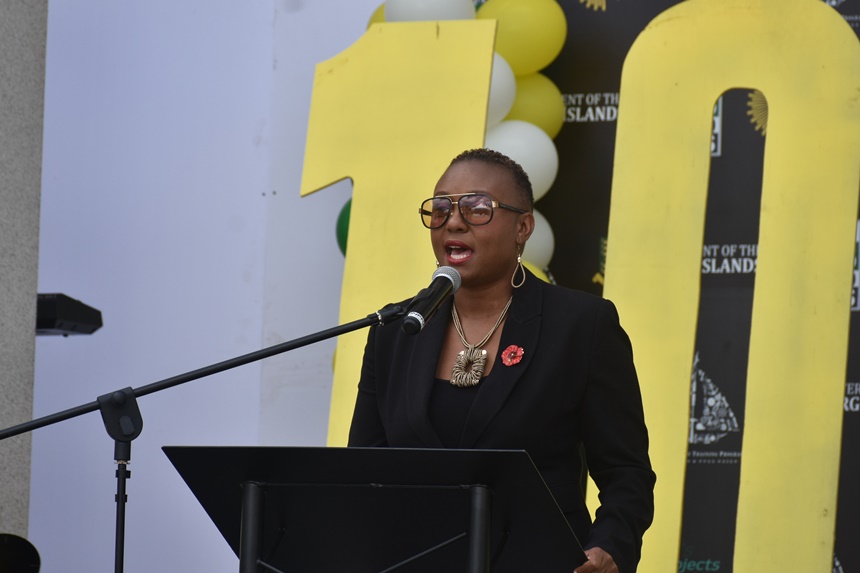 Ritter-Freeman appointed to represent governor on RDA board

Former Acting Chief Immigration Officer and Deputy Secretary in the Premier’s Office, Geraldine Ritter-Freeman has been appointed to sit on the board of the Recovery & Development Agency (RDA).

Ritter-Freeman was appointed to serve as the Governor’s Representative.

This is according to a recently published document outlining the Cabinet’s decisions from its May 28 meeting.

She now joins other recent appointees such as former legislator Ronnie Skelton who is the newly-installed Chairman of the board.

They will serve alongside the other appointees which include Deputy Chairman Jerry Samuel, Sister Islands Representative Shea Alexander, Civil Society Representative Michael Fay, Private Sector Representative Bishop John Cline, and the youth representative between the age of 18 and 35 Marquese Maduro.

Their appointments will last for three years.

In a separate set of decisions in the same May 28 meeting, Cabinet decided that the following persons be appointed/re-appointed to the Prospect Reef Management Company effective from June 1 2021:
• Tamara Maduro – Chairman
• Kenisha Sprauve – Director
• Permanent Secretary/Premier’s Office or Representative – ex-officio
• Financial Secretary or Representative – ex-officio

Cabinet further approved Nathaniel Isaac as Executive Director and Managing Director while Trisha Evans was appointed to serve as Director.

All appointments will last for two years.