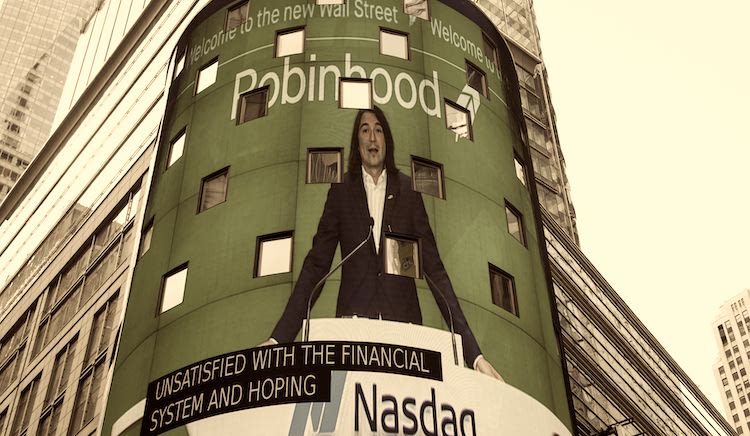 Despite Robinhood's success earlier this year with meme stocks like GameStop, AMC, and meme-coin Dogecoin, investors didn't seem to have interest in buying in the popular trading app.

Robinhood’s IPO didn’t quite kick off. HOOD shares closed their first day of trading at $34.82, an 8.4% drop from their opening price of $38. On Friday, the share price clawed back just one percent to close the week at $35.15, down 7.5% from the IPO opening price.

The closing price for the first trading week concludes a rather disappointing public debut for the company that was central to the retail investor revolution of the past year.

Read also: Robinhood IPO: Why It Might Be Time to Move Your Crypto Out of Robinhood?

Robinhood had the single worst debut for an IPO of its size, underperforming Uber, Pepsi and MF Global on its opening day. Back in 2019, Uber closed its first day with shares down 7.6% and, in 2007, MF Global closed its debut session 8.2% down.

Prior the IPO, Robinhood and some of its existing investors sold 55 million shares at prices between $38 and $42. IPO shares were priced at the bottom of that range. Large part of Robinhood’s chilly debut is due to the company’s retail-heavy “democratizing” strategy, according to The Wall Street Journal.

Robinhood had earmarked 35% of shares for Robinhood’s existing customers, before going public. Normally, in an IPO like this, the number for earmarked shares is under 10%. The allocation fell to 20-25% when Robinhood officially went public, as many of the app’s users decided to pass on the company’s offer, WSJ reported.

Another interesting factor is that Robinhood waived the usual six-month lockup for employees, which allowed them to sell their shares right away. Apparently some did.

Just because the the IPO didn’t get into a massive start, means very little for its future as a public company. With 18 million funded accounts, 9.5 million of which traded crypto in the app in the first quarter of this year, Robinhood is in all accounts impressive.

Facebook stock also famously struggled in its debut, but turned it around later on.