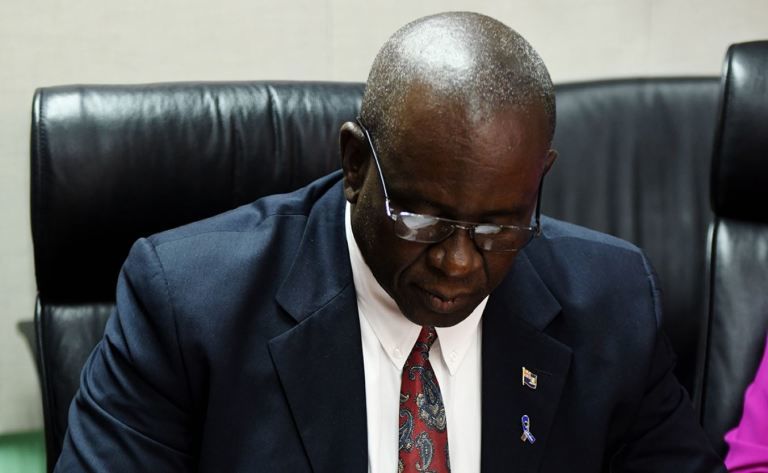 Territorial At-Large Representative Carvin Malone has bemoaned the political turbulence that has beset the BVI in the past several months, saying he isn’t sure which event has been ‘rocked’ him the most.
Among other references, Malone dropped hints about the recent arrests of high-ranking public officers including the case against former Education Minister Myron Walwyn that is highly publicised and has divided some sections of the public.

He even mentioned a retirement, which he suggested affected him personally.

“Things are moving so fast. And between the COI and all that is happening in the world, I’m not sure which one is rocking my boat the most,” Malone said in the House of Assembly on November 24. “People getting arrested, their cases tried before it starts, my friend and brother retired. All of this and we basically have our heads in the sand as if none of this happened,” said Malone who did not expressly state his friend’s name.

But earlier in that same sitting of the House, Speaker Corine Georges Massicote had read a letter from former Premier Andrew Fahie, which served as his official resignation as First District Representative and his retirement from representational politics.

Malone, who previously served as Health and Social Development Minister under the previous Fahie administration, is known to be a close friend to the former Premier who is currently facing drug and racketeering charges in the US.

He recently revealed that his closeness to Fahie caused him to be removed from that ministerial post when the Government of National Unity was formed when the United Kingdom threatened to take over the BVI.

Now a member of the parliamentary Opposition, Malone said he removed himself from the post because he didn’t want to stand in the way of the territory’s progress.

In the meantime, elected leaders and members of the Virgin Islands Party have stayed away from commenting on Fahie’s case, which is currently before the courts.

However that hasn’t stopped the public from weighing in on the matter. Some sections of the public are standing by Fahie as “one of the BVI’s own” while others have condemned his alleged actions which they say have disgraced the territory.
#the Virgin Islands  #Fahie  #CoI
Add Comment