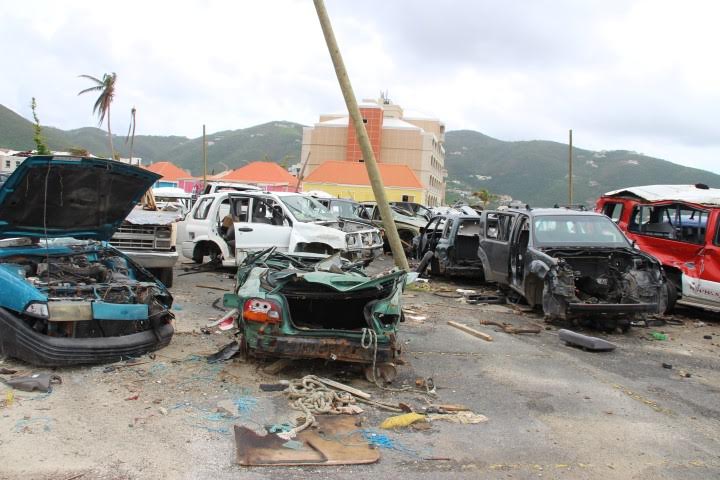 The Ministry of Health is pushing to have the remaining derelict vehicles and materials out of the territory before the end of this year.

This is because the lease agreement for the area in Pockwood Pond where the derelict materials are being currently stored will expire on that date.

This was revealed by Minister of Health Carvin Malone who further told BVI News that the collection of derelict materials across the territory has now resumed.

“We only have availability of that site until December 31st 2019. So, this is why it is a big push to get all of the derelict vehicles and bulk white away from the island, so we can then load it on the barge when it returns before December ends,” Malone stated.

He further said, “the site is leased where we have that area, but it has been extended a number of times and the owner would like to have possession of their site after the 31st of December.”

Minister Malone said the lease of the area where the materials are being kept was agreed to under the previous administration.

“We had a number of different areas. Soon after the storms we had to find an area where we could place it (derelict materials), the whole concept of moving them out was not possible at the time and that was the best spot.”

In the meantime, Malone said that his ministry has been spearheading an incentive to fast-track the moving of all derelict materials to the Pockwood Pond location.

He said, “We’re basically in a phase where we’re paying – I think its $80 per load or $80 per car – to take them down because we need to be able to identify where these abundant of derelict vehicles are located throughout the island, as we are inviting people to find them and inform us and we’ll move them.”

“We do have wreckers and operators and do also have folks with trucking licenses and everything, so whichever way is easiest to get it down there is what we want to use,” the minister added.

Storage areas being cleaned up

Malone also said the other areas where derelict vehicles were temporarily stored are in the process of being cleaned up.

“We’ve cleaned up the site at Sea Cow’s Bay, so that would not be accepting any more vehicles. We are trying to clean up the site at Cox Heath so we would get that clean and we have to move all the vehicles away from Pockwood Pond, and if we can get them shipped off the island then we want to do that as opposed to stock piling them somewhere else on the island,” said Malone who is also a Territorial At-Large Representative.

The minister is appealing to all residents to contact the Ministry of Health and report any siting of derelict vehicles or materials so they can be removed.
Add Comment