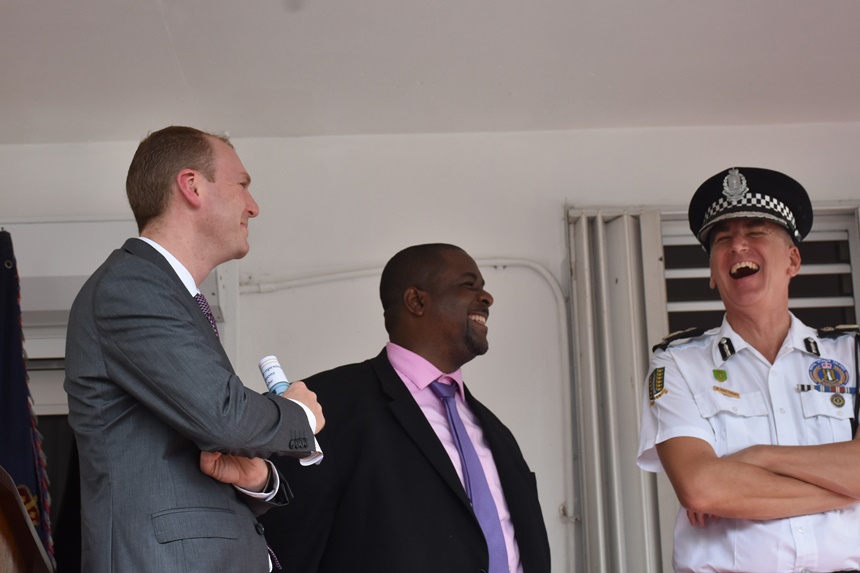 The Royal Virgin Islands Police Force (RVIPF) has assumed full responsibility for Premier Andrew Fahie’s personal security and has replaced the private security firm that the Fahie administration had contracted around the start of his tenure as Premier.

Premier Fahie told BVI News in an invited comment on Thursday that the RVIPF took over his security detail months ago. He further described his previously-hired-private bodyguards as a planned temporary solution.

The Premier said the plan was always to have the RVIPF provide security for the Office of the Premier, but upon the initial request, he was informed by the Commissioner of Police (COP) Michael Matthews that officers would have to undergo specialized training in that area.

“It was agreed that a group of his officers would be selected and sent away to be trained. It was agreed that until the officers were trained then a private security company with such specialized capabilities would be contracted. That was done with the blessings of the COP,” Fahie told BVI News.

“As soon as the COP confirmed that the selected officers were now trained abroad, then the contract of the competent private security was closed. All the stages were always known from the inception by all stakeholders. The trained officers of the RVIPF are now in place and performing admirably.”

The Premier also addressed the rumoured assumption that the private bodyguards had been contracted for a five-year period.

He said: “The calculation of putting it to five years has no base. Some Opposition Members said that timeframe knowing full well that it was malicious, especially seeing that we only serve four-year terms. The contract was always for six months and it only was allowed until the selected RVIPF officers were trained.”

“I can confirm that the RVIPF is solely responsible for security arrangements in respect of the Premier and the Governor. There was a period in 2019 when we worked in partnership alongside private security guards to cover this work but this is no longer the case,” Matthews stated.

“We have also developed a VIP protection capability by training certain officers in ‘Close Protection’ tactics as reported by BVI News in 2019. These can be drawn on as and when the need arises,” the Commissioner added.

All cops who received training in close protection tactics are from the RVIPF’s Armed Response Unit.
Add Comment