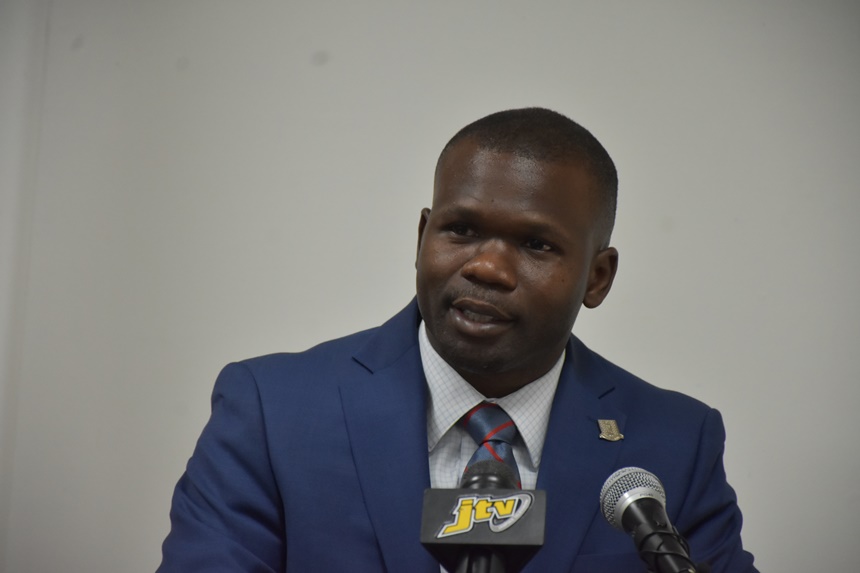 Rymer replies: Private and public roads can be built at the same time

Works Minister Kye Rymer has described as “unfortunate”, the notion that his ministry is focusing on private roads and property to the detriment of public roads in the BVI.

The notion to which Rymer referred was mentioned in an audit report issued by Auditor General (AG) Sonia Webster. That section of the report was examined when Webster appeared before the Commission of Inquiry (COI) this week.

The report also said a substantial amount of the Public Works Department’s time and resources are placed into performing assessments, costing, preparing petty contracts, and monitoring works carried out on private property.

Gov’t funds should not be used on private property

COI attorney Bilal Rawat questioned the AG about whether petty contracts being used in that way amounts to an abuse of the state.

“The public expects and deserves to have priority given to public roads, which are generally in disrepair,” Webster stated.

She continued: “It’s beyond comprehension how we can be spending money on private property when we are, in fact, ignoring to meet the obligations of the government, which is to ensure that infrastructure is up to standards. And this is what this actually speaks to. The priority needs to be given to public roads as opposed to spending on public private property.”

Webster said she believed that government funds should not be used on private property. She added that this is the acceptable, good standard practice globally – public funds are for public purposes.

During the VIP’s Let’s Talk radio show last evening, a caller raised the issue about the AG’s report and asked Rymer for his comments on the matter.

The Works Minister explained that the area mentioned in the report was in a community that housed many persons and the District Representative that oversees the area thought it prudent to repair a retaining wall to shore up the road to make it safe for the residents to traverse.

“I kind of find it a bit unfortunate that it was mentioned that more attention should be paid to the major roads. But that is something that we work on simultaneously in terms of doing community projects,” Minister Rymer said.

He also applauded the Public Works Department and his Ministry for their hard work. He said procurement processes are still being followed in executing the projects, which he noted followed a transparent process.

Minister Rymer said District Representatives generally had the discretion to do community projects which they felt would be of benefit to the residents. He said this was one such instance.