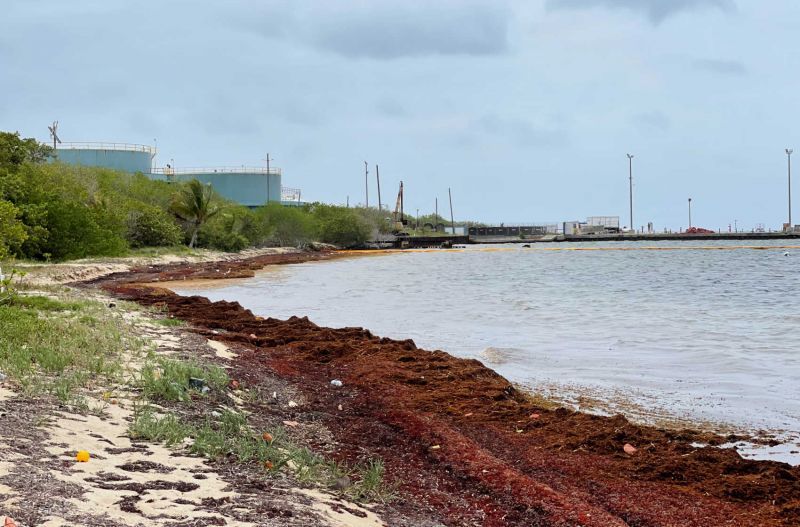 President Joseph R. Biden on Monday, July 25, 2022, approved the Albert A. Bryan administration's request for a federal state of emergency declaration to address the sargassum problem badly affecting St Croix, US Virgin Islands (USVI), with the constant flow of seaweed impacting water production at the [US] VI Water and Power Authority plant in Richmond.

According to Governor Albert A. Bryan Jr, speaking during the administration's weekly press briefing, the federal government's approval authorises FEMA to cover 90 percent of the cost to mitigate the problem, while the local government has to provide a 10 percent match.

The declaration, he said, covers four problem areas 1) the foul odor of sargassum that has been accumulating on the territory's shorelines has been affecting residents, causing nausea and other illnesses. 2) the accumulating sargassum robs the water of oxygen thereby killing fishes. "So it's an environmental hazard," he said. 3) the sargassum is gathering in bay areas where resorts and condominiums are, and as a result causing a stench and impacting the territory economically. "People don't want to stay where they have to smell the stench of that day and night," Mr Bryan said. 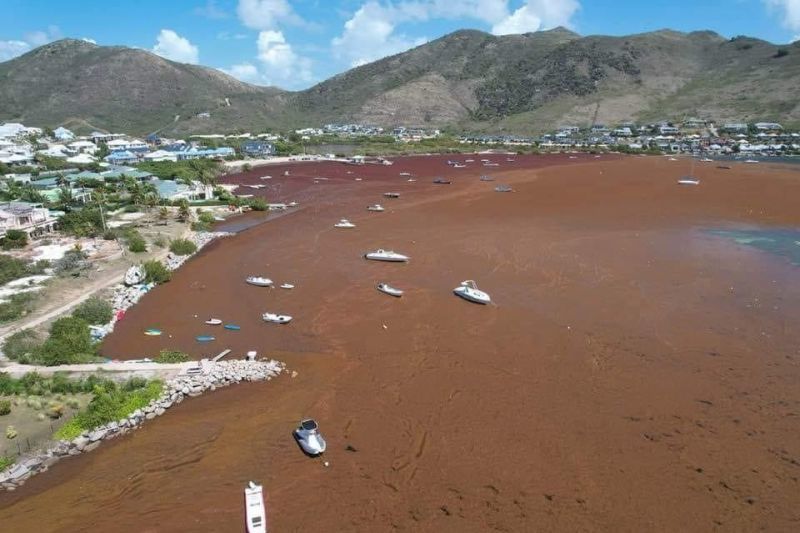 Sargassum seaweed has been posing problems in many other countries, including St Martin.

The governor said the fourth and most important reason for seeking the sargassum-related federal state of emergency declaration, is because sargassum continues to impact the Richmond plant as it "gets in and clogs the water intake lines for Seven Seas," the company which works with WAPA to produce the distilled water taken from the ocean. Seven Seas, Mr Bryan made known, produces about 3 million gallons of water daily for St Croix, with the island consuming between 2.7 million to 2.8 million gallons.

Additionally, when the sargassum piles up, it produces a foul smell that also affects the water, and WAPA has been using more chlorine for purification purposes in residential lines, the governor said. "Even though the water is clean, it is just a foul smell," he said, explaining the need for more chlorine.

With the federal declaration approved, Mr Bryan said divers will clear the lines of the sargassum and then create a barrier around the intake lines to stop the seaweed from affecting the lines as badly as it has.

"Next we have to be able to remove a lot of that seaweed and debris away from the area so we make it clear," the governor said. He also stated that a large mass of sargassum is traveling to the territory and will most likely impact the Richmond WAPA plant the hardest. "So we're going to have to be dealing with that, and this is expected to continue to October-November."

Mr Bryan advised St Croix residents to conserve water. "What I would advise everybody to do now is conserve water, you know we're going through a dry season. It's a lot of water coming over across the Atlantic; it's looking like it's going to be raining in the next couple of weeks. But if you're on city water try to conserve that as much as possible, because one of the other problems is usually we maintain about 6 million gallons in our tanks, but we've been having a drought, so the tanks are really low. They're down to about 2 million gallons, so if you're in St. Croix, please just conserve your water," Mr. Bryan said, adding that there is no crisis at this point.

DLCA has issued a price freeze on potable water, bottled water, ice, and items needed to make these products, citing limited water production capacity at the Richmond WAPA plant due to the sargassum situation.

'No need to panic' Gov Bryan

"No need to panic but we just want to make sure that we're ahead of the eight ball and we're controlling the situation before there is a reason to panic," Mr Bryan said.

WAPA also need to continue producing “ultra-pure water”, which is being threatened by the sargassum and is used as a control for nitric oxide emissions for the gas turbines as part of electric power generation. "That's another problem; we need ultra-pure water in terms of us producing at WAPA, but for now we're okay," the governor said.

Relative to other mitigation efforts, Mr Bryan said the government is already in discussions with Seven Seas, which has a plant at the Limetree Bay facility. "We have a couple of distillation sites in terms of water delivery, so we'll be okay. If that plant goes down, we'll be okay, we'll figure this out. What we're worrying about is people being able to flush and that kind of stuff, but drinking water we have plenty of it," the governor said.