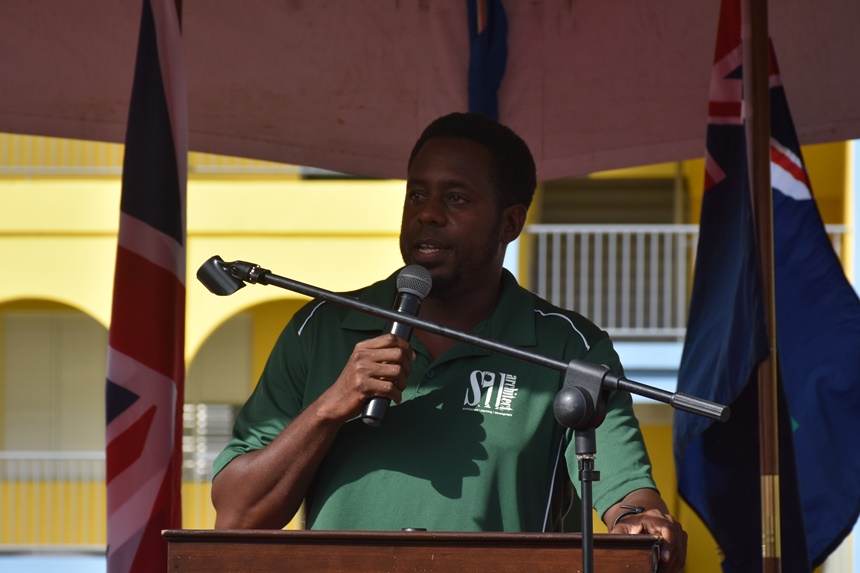 School wall project has scarred me! An overhanging cloud on business

Local architect, Steve Augustine, has said he is scarred by the developments that took place with the controversial 2014 wall project for Elmore Stoutt High School’s (ESHS).
Augustine, the owner of SA Architects, was hired under the previous National Democratic Party (NDP) government to design and oversee the works for the contentious wall project that was initially budgeted at $828,000 but later skyrocketed to well over a million dollars.

The architect appeared before the Commission of Inquiry (COI) recently.

“This project has been a scarring process, for lack of a better term,” Augustine told the COI. “And it’s been lingering around, in my opinion, for far too long with, in my opinion, too much non-factual information — more gossip and more fictional than anything else — which definitely scars the character, including mine, because I have always held myself as a person that, once given the task of executing a job, I will do it, and I will do it to the best of my ability.”

According to the architect who served as a consultant to the Ministry of Education & Culture over the years, some of the things said about the project have had ‘far-reaching angles’.

Since a lot of the criticism about the project came from Auditor General Sonia Webster, Augustine said he sent her letters but they all went unanswered; thereby denying him an opportunity to give any input to the criticisms the project received.

“When you start to look at the facts and what’s true – industry standard rates and different things like that – it puts a damper on your daily workings and undertakings because it’s a cloud that follows you no matter where you go,” Augustine stated.

Augustine said he eagerly hopes to get to a point where he would be able to move forward from the project and the proverbial overhanging cloud that came with it.

“You know, it’s a small country. The people that read the truthful and the untruthful information, those are my clients, you know? The population is small, and I have to survive, like everyone else — like yourself. I have a family, they look forward to the very same things that you look forward to, so I’m glad of the process,” Augustine told the COI.
#Commission of Inquiry  #CoI
Add Comment