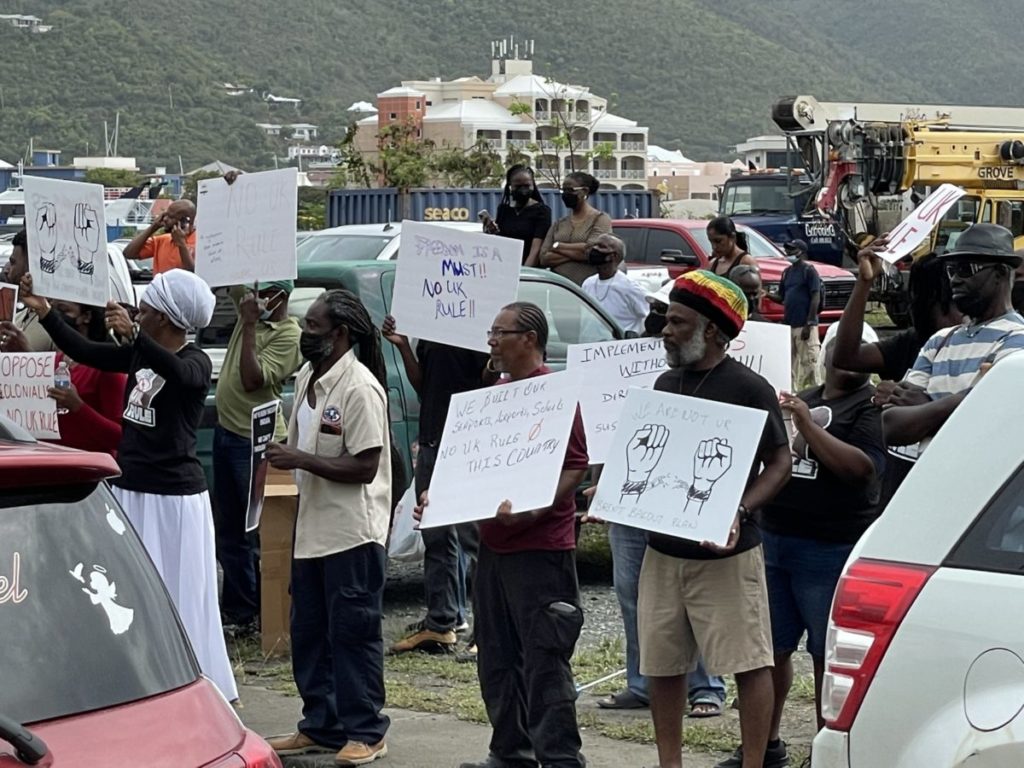 Just over a week after staging a protest against the Commission of Inquiry Report’s recommendation of direct United Kingdom rule over the BVI, protestors are expected to take to the streets again to let the Governor know they are still against the recommendations.
There is a planned protest for Wednesday at 4 pm which is being classified as the Second Demonstration Against Direct UK Rule.

Since the first protest, Governor John Rankin, United Kingdom Overseas Territory Minister Amanda Milling and Premier Dr Natalio Wheatley have engaged in several discussions on the COI recommendations and all three parties have expressed that those talks have been going well.

However, the organisers of the second protests, which BVI News understands to be spearheaded by Amberley Crabbe and Melissa Potter, have declared that the “recommendations are still on the table and our children’s future is at stake. The people of the Virgin Islands say ‘no UK rule”.

Our news centre tried to contact both women for a comment on the planned protest but, up until news time, there was no response.

Governor Rankin has noted no decision regarding implementation of the recommendations has been made by the United Kingdom, despite accepting Dr Wheatley’s proposal for a new National Unity Government.

The new government has seen former members of the Opposition and government members working together under one government to address structural incompetence in the government and public sector while also looking at different ways to implement the COI recommendations and preserving the territory’s democratic integrity.

Premier Wheatley has also said the new National Unity Government is working on a proposal that will be sent to Governor Rankin and Minister Milling in regards to ways in which the COI recommendations can be implemented without direct rule from the United Kingdom.
#Commission of Inquiry  #the Virgin Islands  #John Rankin  #CoI
Add Comment