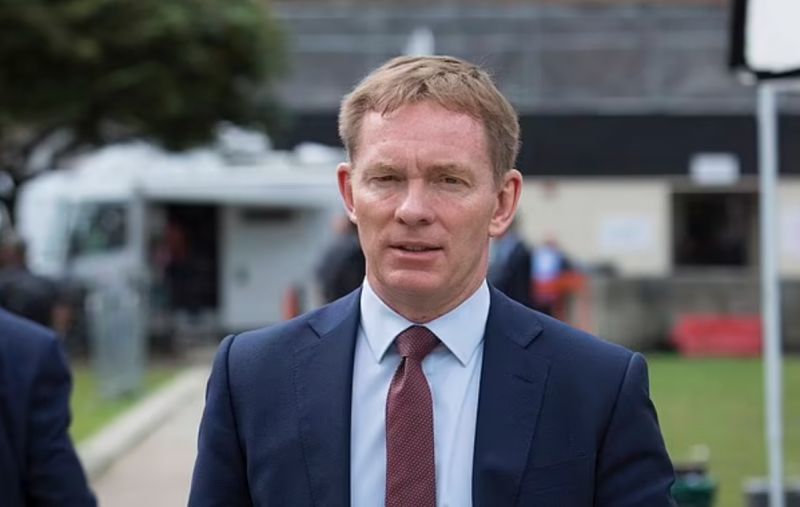 Opposition Labour MP Chris J. Bryant has been accused of advocating for colonialism by asking whether the Arrest of BVI Premier, Hon Andrew A. Fahie (R1) on drug conspiracy and money laundering charges should pave the way for the UK Foreign Office to take direct control of the territory.

“Surely following the arrest of its Premier, the FCDO should now take direct control of the British Virgin Islands pending a further investigation into corruption and money laundering?,” the Labour MP asked on Twitter, yesterday, April 29, 2022.

Mr Bryant, who is the MP for Rhondda, South Wales, and has been an MP continuously since June 7, 2001, has asked his question ahead of Queen’s representative, John J. Rankin, CMG, stating the CoI Report recommended that the VI be ruled through ‘Direct Rule’.

The Governor said the report has concluded there may have been instances of corruption by successive governments and that the CoI Commissioner Sir Gary R. Hickenbottom made several recommendations, including direct rule; speedy review of the VI Constitution; curtailment of 'open-ended discretionary powers' held by public officials, including Cabinet; and a series of audits, which may lead to criminal investigations. 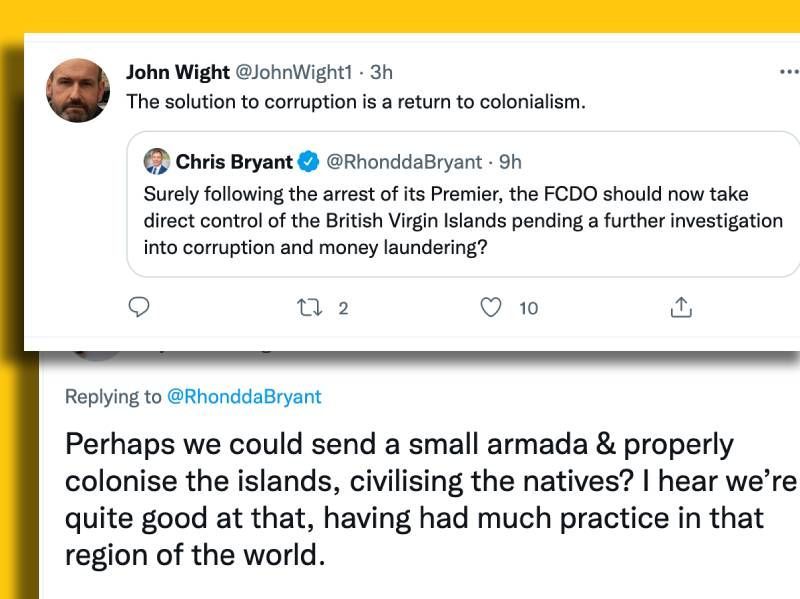 Chris J. Bryant’s tweet which has since started trending under the Topic of BVI on twitter was met with responses such as ‘The Solution to Corruption is to return to colonialism,' according to one Twitter user.

A return to colonialism?

Meanwhile, Bryant’s tweet which has since started trending under the topic of BVI on Twitter was met with some condemnation and responses such as ‘the solution to corruption is to return to colonialism,” according to one Twitter user.

Another replied, ‘Perhaps we could send a small armada & properly colonize the islands, civilizing the natives? I hear we’re quite good at that, having had much practice in that region of the world.”

The Governor in a late morning press conference yesterday, April 29, 2022, said the UK Minister for Overseas Territories Rt Hon Amanda A. Milling MP will arrive in the territory in the new week to hold discussions on the report.

She is expected to meet with the government and Members of the House of Assembly on the findings and recommendations of the CoI high on the agenda.

Local Civil Society members including Bishop John I. Cline and talk show host, Rosemary ‘Cindy’ Rosan-Jones have previously said direct rule in not an option on the books for the BVI on the way forward.