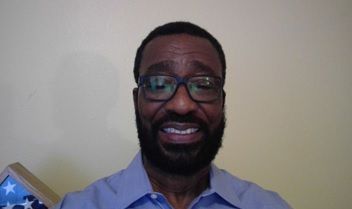 Slavery and the Virgin Islands/Regional Reparations

Like the rest of anglophone regional sister countries, slavery is an integral part of Virgin Islands (VI) history as a story, grim and dark period. The institution of slavery was like no other form of involuntary service in history; slavery was the largest forced migration in human history.

The institution played distinct roles for the slaves and slave owners. On the one hand, it dehumanized, brutalized, humiliated, denigrated, exploited, and subjugated slaves to various indignities. On the other hand, slavery/slave labor built the UK, US, etc., economies, created individual wealth, created special privileges, and enacted a caste/class system where slaves/Blacks were the inferior class.

The slave trade, slavery, and colonialism were highly profitable, providing a high standard of living, influential status, and power for slave owners. It (slavery institution) was so lucrative that it was one of the factors that heavily influenced the American Revolution to separate from the British Empire; it was the primary cause of the American Civil War (1861-1865).

And though slave labor contributed immensely to the high profitability of the slavery institution, the only people that have not benefitted from slavery were slaves and their descendants. Consequently, it is way past time for slaves to be made whole through reparations for their descendants.

Economist David Ricardo coined the concept of comparative advantage. It asserts that a country should specialize in what it produces at the lowest opportunity cost and trade for the rest, i.e., countries should produce what they have the most significant advantage or the least disadvantage doing.

Mid-nineteenth century England became an economic powerhouse by effectively employing comparative advantage, i.e., doing what it did best---manufacturing. Consequently, to support its manufacturing prowess, it created a colonial empire to provide a steady stream of the raw material supplied by slave labor to develop its manufacturing industry. It did what it did best--manufacture--and the colonies did what they were expected and forced to do best---provide the raw material. Manufacturing is a value-adding process, making England a wealthy, powerful, and influential nation while the colonies remain destitute and still reeling from the egregious legacies of slavery.

Lord Mansfield’s 1772 ruling in Somerset v Stuart (Somerset case) energized the abolitionist movement in England. The ruling stated that slaves could not be moved out of England without their consent. However, it didn’t abolish slavery or address slavery in the colonies. William Cowper, English Poet, wrote in 1785:

“We have no slaves at home—Then why abroad? Slaves cannot breathe in England; if their lungs Receive our air, that moment they are free. They touch our country, and their shackles fall. That’s noble, and bespeaks a nation proud. And Jealous of the blessing. Spread then and let it circulate through every vein.”

Nevertheless, many decision-makers were forced and embarrassed to acknowledge that slavery was a vile, evil, vicious, exploitive, and extractive institution. Yet, often, due to its lucrativeness and their investment in it, they were very reluctant to advocate abolishing it. Consequently, the beneficiaries of slavery demonstrated a lukewarm interest, if any, in abolishing slavery. Slavery was a lucrative business, especially on West Indian plantations. Dr. Eric Williams, former Prime Minister of Trinidad and Tobago, historian, and author noted in Capitalism and Slavery that the slave trade generated less profit than the profitable sugar plantations in the West Indies/Caribbean.

Moreover, despite the reluctance in many quarters, the UK Parliament passed the Slavery Abolition Act of 1833; it was assented to on August 28, 1833, and took effect on August 01, 1834. Specifically, the Act granted freedom to former slaves six years of age and younger, and other slaves were classified “Apprentices.” The intended additional servitude for apprentices was to be abolished in two stages; the first apprenticeships in 1838; the second in 1840. However, due to protests, complete freedom sped up to grant all slaves freedom on August 01, 1838. The Act also provided for paying reparation to slave owners.

As such, the Act provided for the British government to authorize and appropriate £20 million, which equated to 40% of England’s budget and approximately 5% of its GDP at the time. Further, £15 million of the appropriated sum was borrowed. 50% of the money was earmarked to pay reparations to slave-owning families in the West Indies and Africa; the other 50%, absentee owners in England. Hundreds of British families compensated; slaves and descendants, naught.

As noted above, the UK appropriated funding to provide reparations to slave owners who lost their human chattel property. Yet not a farthing has been authorized and appropriated to pay reparation to West Indian slave descendants. Profits from the slave trade, slavery, and colonialism built the economies of the UK, US, and other countries, created individual fortunes, funded the Industrial Revolution, etc. Slave bodies and slave labor were critical sources in generating enormous profits. Moreover, though slavery was abolished, the people in the Anglophone Caribbean countries still face, live, and confront its harmful legacies daily and are haunted by the legacies.

The legacies are real, i.e., health, education, poverty, housing, etc. Further, the UK and other governments legally sanctioned slavery and have a moral obligation and a duty to make slave descendants whole through reparation. Some anti-reparation advocates will quickly assert that slave descendants are looking for a check, a handout. False. Though there is no one right option to administer reparation, the CARICOM Reparation Commission, led by Sir Hilary Beckles, vice-chancellor of the University of the West Indies, laid out a 10-point reparatory justice plan worthy of strong consideration.

Consequently, the countries/governments that legally sanctioned the slavery institution, benefitted from it and caused the lingering egregious legacies must contribute to making long-suffering and beleaguered countries and people whole.