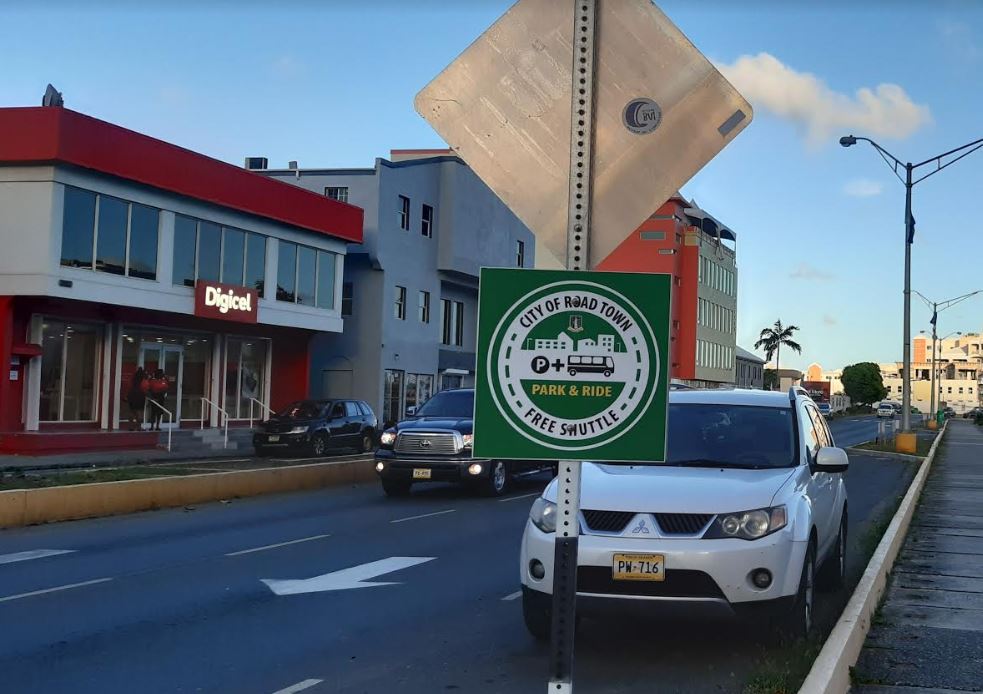 Despite a slow start to government’s free Park & Ride shuttle service which officially got underway a week ago, one local dispatcher is reporting that the initiative is quickly gaining momentum.

“The first few days we were still trying to get the word out. The third and fourth day, more and more people started to become aware of it, and yes they were taking advantage of it,” the shuttle operator Julio ‘Sam’ Henry told BVI News at the weekend.

“We have a culture of convenience, so if it seems to be an inconvenience to them (residents), they are not going to do it. But the challenge is when the government starts to force individuals to pay for parking spaces in town, it might be more convenient for them to take the Park & Ride,” added Henry, who said the service is not without its challenges.

In light of the ongoing coronavirus pandemic, the shuttles are only allowed to carry half of their capacity.

Henry said, “there is a sitting configuration when you get on the buses so it limits the number of people that get on and where a customer should sit”.

A total of 12 shuttle operators are currently engaged in providing the service. Six operate one route and another six operates the other route. Henry explained that since shuttles are scheduled to leave the various designated standpoints every 15 minutes, two shuttles simultaneously start a route so passengers are properly serviced.


He further said the initiative - which allows residents to taxi free of charge to 41 locations between 6 am and 6 pm on weekdays - operates on two strict routes and persons are only allowed to board under certain conditions.

“For example, persons who are carrying extra loads in trying to get from let’s say, Rite Way or OneMart to their home, their home might be in Purcell, or Huntums Ghut. They are not permitted to get on the shuttle because they have too much stuff and would constitute them hiring a taxi and we don’t go off the route. So if somebody is just hopping off, let’s say they have groceries, they have a small bag or something in their hands, or they grab lunch, they can get on the shuttle,” he explained.

“So the [regular] taxi stands still make money. With my taxi stand, the BVI Taxi Association, we had about on average 25 to 30 calls each day for the week. It seems to be working itself out,” he added.


To identify the shuttles, residents are required to look out for the signs to the front or either side of these buses.

The signs don’t only indicate what buses provide the service but also indicates which routes they operate. There is a ‘yellow route’ and a ‘green route’ and buses will either be marked with the letters ‘G’ for green or ‘Y’ yellow.

Minister of Transportation, Kye Rymer said the service is a part of government’s efforts to create a pedestrian-friendly Road Town. The service is offered as a COVID-19 economic stimulus package to taxi operators who drive the respective shuttle buses.

The value of the taxi stimulus is one million dollars.