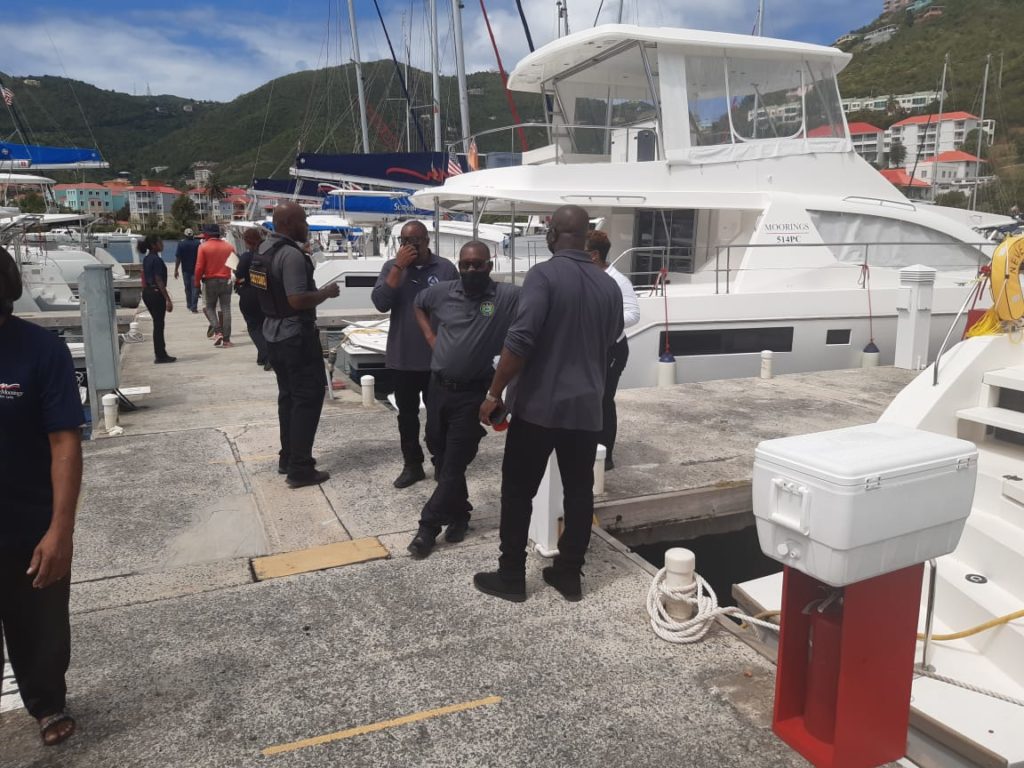 Commissioner of Her Majesty’s Customs (HMC), Wade Smith, said it was important to point out that the charter companies that were recently fined and had their vessels detained for non-compliance with the territory’s maritime regulations have been penalized before for the same offences.

The Moorings and Sunsail, in addition to several other charter yacht companies, faced severe penalties when HMC along with the Labour Department conducted a joint exercise last week because of breaches of various regulations.

Among these infractions, Smith said, have been a lack of commercial licenses and cruising permits while cruising the territorial seas.

Smith argued in a statement released on March 24, that this was “an undeniable violation of the Commercial Recreational Vessel Licensing Act and the Cruising Permit and Home port Act respectively.

The Customs boss also suggested that there has been some flexibility extended under the law for charter companies as well.

“Let me be clear, the Customs Department continues to work with the industry by granting extensions and giving them time to qualify for the exemptions from Virgin Islands Shipping Registry. This is a case where within the confines of the law, we exercised discretion and common sense for the benefit of our territory,” the Commissioner said.

He said the HMC allowed for vessels in violation of the Commercial Recreation Vessel Licensing Act, specifically the section which allows for seven pick-ups to remain in the territory until they meet the requirements to become licensed.

He noted, however, that this was expected to be up until April 15, 2022, otherwise, they would have to pay duty in full.

According to Smith, the government enacted the Cruising and Home Port Permit Act in 2021, which makes provisions for foreign-based vessels to become home-based in the Virgin Islands.

Without that significant piece of legislation, Smith said approximately 90 per cent of all chartered vessels (foreign-based), would have had to leave the territory after seven charters in the Virgin Islands.

Meanwhile, Smith noted that HMC has conducted numerous meetings and symposiums with the industry regarding safety criteria (certificates) and the various licenses required to operate in the BVI.

These sessions, he argued, have served as a guide for the majority of charter companies that have regularly complied with the laws, and have respected the territory’s responsibility and challenges in ensuring everyone’s safety.

“In fact,” he added, “over the years we have attended meetings with various industry stakeholders to keep them abreast of the requirements. Through their constant compliance, the vast majority of the stakeholders have demonstrated a willingness to obey the laws. The question is, why should we then concede to a minority who have blatantly chosen to deny them?”