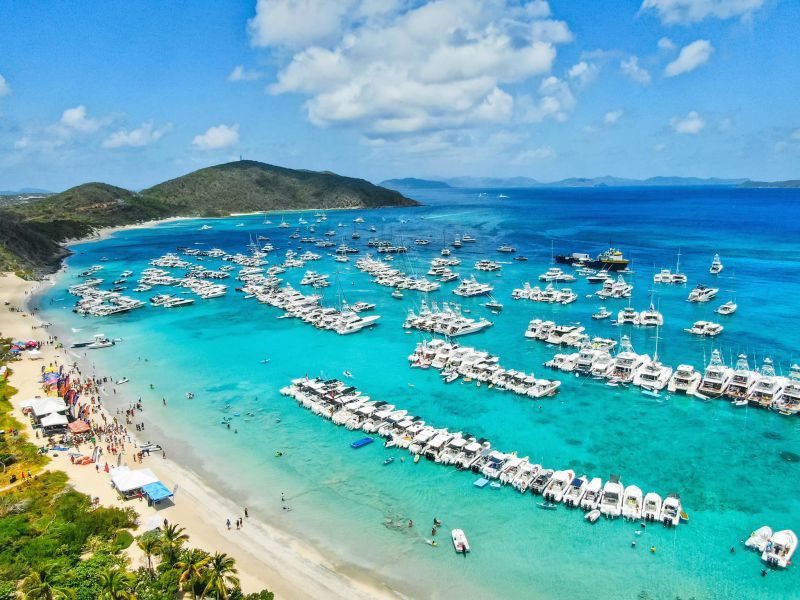 The 2022 Christmas in July has been deemed a success, with over four hundred boats and some 4000 people making it to the Virgin Islands from Puerto Rico and other places for the annual event held at Pond Bay, Virgin Gorda on Saturday, July 24, 2022.

The event is organised by Wally Castro Marine in collaboration with the BVI Tourist Board with support from other entities in the Virgin Islands, including government departments.

According to the BVI Tourist Board (BVITB) approximately 400 boats and 4000 persons visited the Virgin Islands for the beach fete.

“Look at all the boats around us, tourism on the move baby,” Director of Tourism Mr Clive McCoy stated in a Facebook video on Saturday.

Junior Minister for Trade and Economic Development and At Large Representative Hon Shereen D. Flax-Charles, who has been heavily involved in the planning of the event over the years, also hailed it as a success.

“It was very successful, there were a bit if weather challenges but it turned out well for the most part of the day,” Hon Flax-Charles said.

The Junior Minister said the event was a collaborative effort among “many many persons, agencies, government departments had to come together to pull this event off, of course with the Puerto Rican Navy but Wally Castro is really the lead person and lead business out of Puerto Rico with the event,” Hon Flax-Charles said, adding that the Virgin Gorda community was very much involved.

Virgin Islands News Online was told that hotels, villas and guest houses were packed to capacity.

Hon Flax-Charles had kudos to the Sister Islands Coordinator, Sasha D.A. Flax and also said she was pleased to see VISAR, BVI Red Cross and staff of BVI Health Services Authority present in the event of a situation.

She said Public Works Department made sure trails to the beach were cut, as not everyone accessed Pond Bay via boats.

“Everyone was involved and did what they had to do,” Hon Flax-Charles told our newsroom today, July 24, 2022.

Christmas in July was created as a family event, according to Mr Castro.

“In Puerto Rico, it’s already a tradition to use the last days of July to take a small summer vacation and spend time with family and children before they go back to school,” Castro said.

“Having that in mind, we created a family event in Virgin Gorda to gather the nautical community, which usually arrives as a “fleet” to the BVI in those days, and regular tourists who use other means to arrive to the BVI to celebrate Christmas in July with us,” Castro previously told Caribbean Journal. 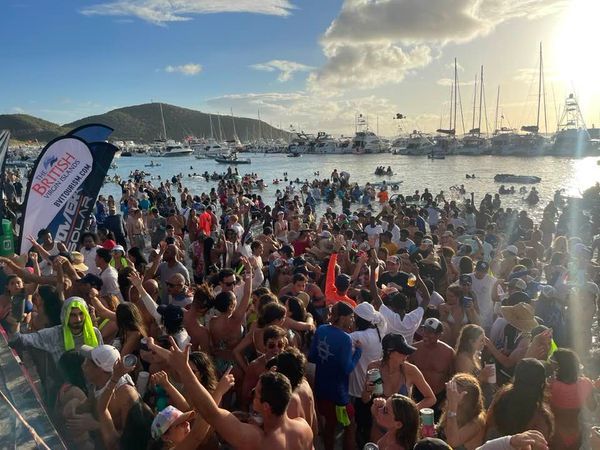 A large number of persons partying on Pond Bay beach at Christmas in July on Saturday, July 23, 2022. 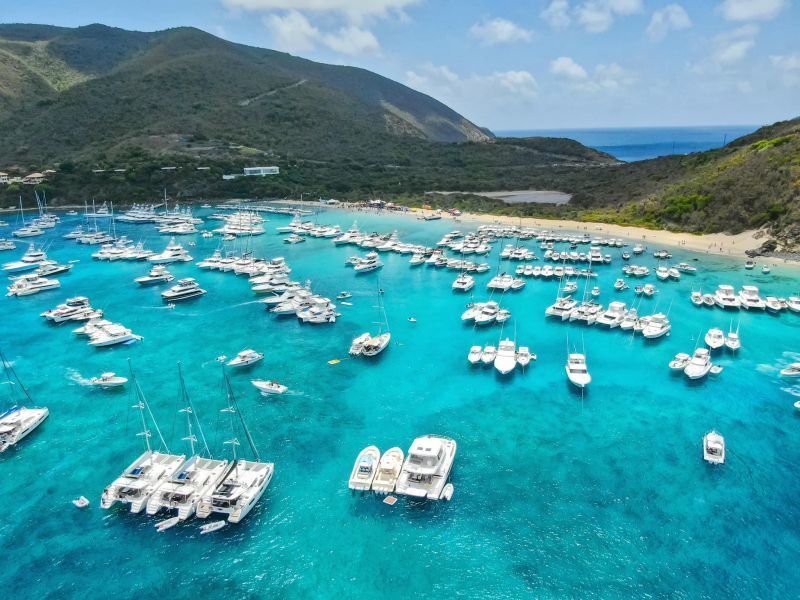 According to the BVI Tourist Board (BVITB), approximately 400 boats and 4000 persons visited the Virgin Islands for Christmas in July held Saturday, July 23, 2022, at Pond Bay beach in Virgin Gorda.