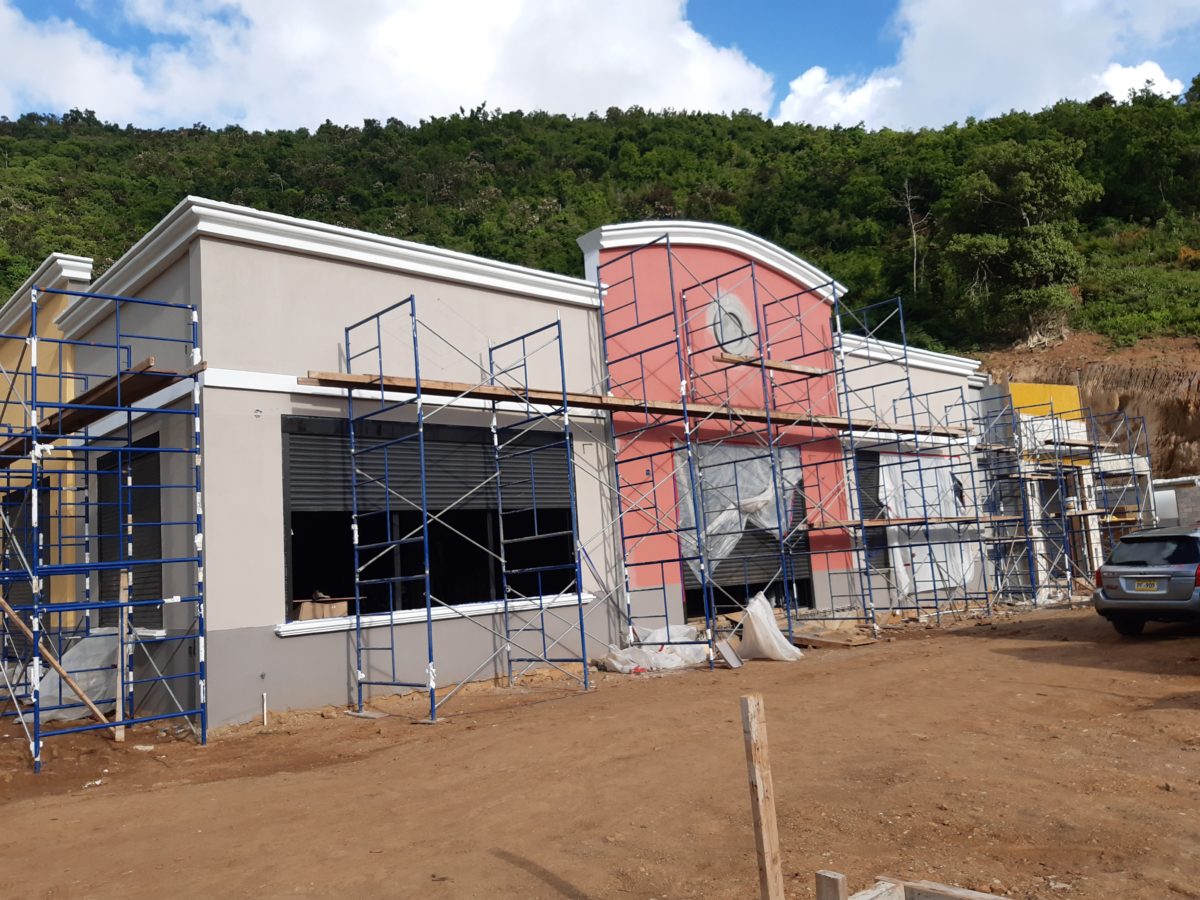 Besides having another option to purchase vehicular fuel and other services, the soon-to-be-opened Petrus Plaza BVI is promising to hire close to 60 locals upon completion early next year.

Owner Allie Allison Petrus told BVI News on Tuesday that the first phase of the plaza will have a soft opening very early in December and the grand opening in January.

Phase two will be the establishment of a food court, which will also be located at the plaza in Fish Bay on Tortola.

“We expect to employ close to 30 BVIslanders in phase one and then in phase two when it’s all said and done, we should permanently employ permanently about 55 to 60 people,” Petrus said.

In the first instance, Petrus Plaza will provide a gas station and drive-thru car wash service to the territory.

He explained: “It will be touch-less. There is no brush that touches the car. It leaves your car very clean, but the driver goes through the tunnel, and the touch-less apparatus has biodegradable chemicals that are sprayed on the car.”

“It uses the technology and it allows the car to be sparkling clean when it comes out at the end.”

Phase two of the operation will be a food court, providing what he described as ‘very interesting concepts.”

While he did not want to divulge further, he said the people of the Territory would be ‘pleased’ with the type of food that will be served there.

We wanted to give back

Petrus and his wife Beverly started their family business 18 years ago in St Thomas of the neighbouring US Virgin Islands.

Petrus, a BVI Belonger with roots in Brewer’s Bay said he also owns a string of other businesses in St Thomas including the Petrus Plaza in St Thomas, PG Gas, and the Subway franchise.

“We wanted expansion opportunities, and so it was a natural expansion of our business to the BVI,” he said.

Petrus said he decided on the Fish Bay location because he felt it was an ‘excellent’ and a “growing business community, and we want to be part of that major growth spurge in Fish Bay”.

Meanwhile, Director of Operations Jennel Reid said she is pleased to be part of the BVI chapter.

“It is very important to me because I also watch the family business grow from zero to where it is at this point. I know the dedication that goes into it,” Reid stated.

She said construction commenced in March and is still ongoing.

Still to be completed works include painting and paving the grounds. Construction of the establishment -which is built to withstand hurricanes -is said to cost more than $1 million.
Add Comment