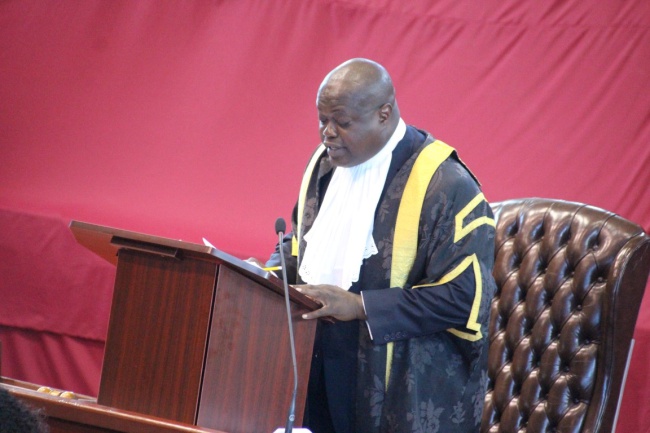 Days after accusing Attorney General Dawn Smith of misleading the High Court, Speaker of the House of Assembly (HOA), Julian Willock has now accused the same court of interfering with the legislative arm of government — the HOA.

Willock levelled this latest criticism in relation to the ongoing court matter about who must pay the legal costs for the now-withdrawn injunction he filed against three attorneys attached to the Commission of Inquiry.

Among other things, the judge presiding over the matter, Justice Adrian Jack had instructed the Speaker to sign an affidavit giving details about who in the government agreed to pay his legal fees. But while addressing the HOA Wednesday morning, Willock, commented that “never in recent jurisprudence in the region or the United Kingdom has there been an issue when a plaintiff brings a matter to court, loses or withdraws, that the case goes to a legal or public debate about who will take up the cost”.

“Furthermore, it is highly unusual for the court to require a party to prove how their lawyers are being financed … I concur and further view it as judicial activism and interference against the legislature, as the House of Assembly has the right to bring any matter to court, independent of the Honourable Attorney General,” he added.

HOA has its own budget

The Speaker then noted that the House has held an account via the territory’s annual budget process since 2004. He said this account was set up to fund matters such as these.

He then suggested that the court, in its recent actions, seem to “wish to deliberately undermine and intimidate the Legislature”.

“I will not speculate as to why suddenly, it is a concern for a British judge, as to who pays for a matter that was clearly stated in all filings coming from the Speaker and the Deputy Speaker,” Willock stated.

He added: “The Virgin Islands must be a place where the rule of law applies to all residents, visitors, all branches of Government, and even personnel of the Commission of Inquiry.”