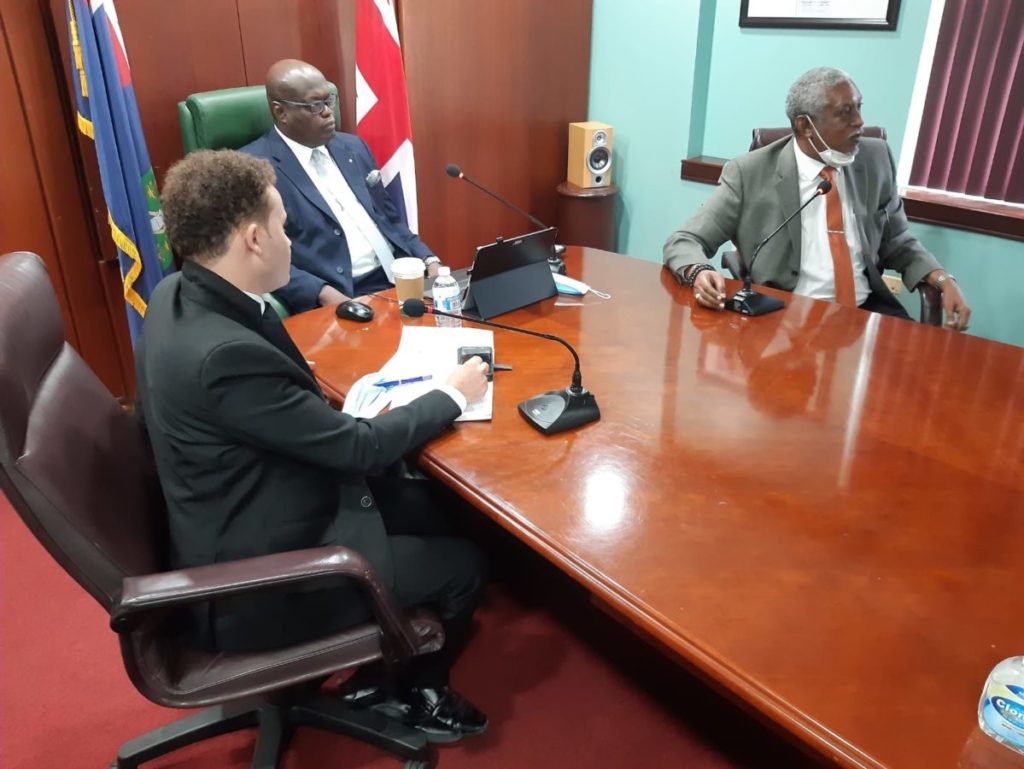 Speaker of the House of Assembly, Julian Willock has filed an injunction to block three Commission of Inquiry (COI) attorneys from conducting any further “legal work” for the inquiry until they have been called to the BVI Bar.
An injunction is effectively a judicial order restraining a person from beginning or continuing to carry out a certain act.

The three COI attorneys being blocked are Bilal Rawat, Andrew King, and Rhea Harrikissoon — all of whom make up the COI’s legal team hired to offer support to Commissioner Sir Gary Hickinbottom.

Months after commencing work for the COI, the attorneys in question retroactively submitted applications to be admitted to the BVI Bar.

The Speaker filed an objection to those applications, arguing that the COI trio breached the territory’s Legal Professions Act by practising law in the BVI before being approved to do so. However, the attorneys reportedly questioned whether the Speaker had the standing to make such an objection.

“The court ruled last month that we did have standing and set a trial date for the case in October of this year. We had also raised other concerns which I’m not at liberty to disclose at this point as the matter is live before the court,” Willock announced in a press conference Wednesday morning.

Willock further said he and his team have also sought a determination from the court as to whether it is lawful for attorneys, who have not been admitted to practise law in the Virgin Islands, to be appointed to act as barristers and/or solicitors in any commission of inquiry.

They will also seek to find out from the court if it is lawful for attorneys not admitted to the BVI bar to carry out legal duties in relation to commissions of inquiry.

“If the courts decide that points One and Two are not lawful, there will be, naturally, consequential orders which I am not at liberty to discuss at present,” Willock said.

The Speaker told members of the media that his only interest as the head of the House of Assembly — the highest law-making body in the BVI — is that everyone complies with the territory’s laws.

He and his attorneys further made it clear that their intention is not to have the COI discontinued in any way.
#CoI  #Hickinbottom  #Commission of Inquiry  #the Virgin Islands
Add Comment