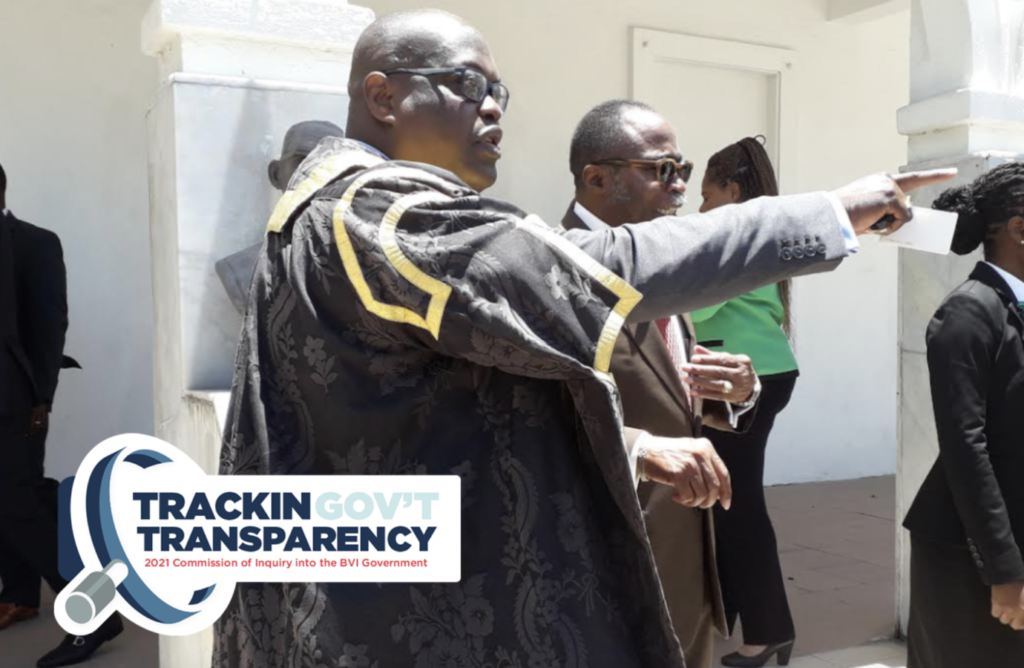 House of Assembly (HOA) Speaker, Julian Willock and/or his privately-owned businesses engaged the government on at least two occasions to discuss providing security services during the pandemic, but mysteriously withdrew his offer on both occasions.

Willock made the disclosure last Friday when he appeared at a hearing before the ongoing Commission of Inquiry (COI) and was asked by COI attorney Bilal Rawat whether he had engaged with the Deputy Governor about an offer he received in June 2020.

In the first instance, the Speaker said he discussed the issue with the Deputy Governor after he was told there was a dearth of security officers to assist with quarantine security and asked whether he would be able to assist through his security firm, Leonard & Associates Security.

Offering some background to the issue to Commissioner Sir Gary Hickinbottom, the Speaker said: “In the peak of the COVID-19 situation in the BVI, the government, I think through a Cabinet decision, wanted to hire private security companies to be posted at homes and hotels to assist with people complying with quarantine. They had exhausted all the security companies.”

Willock then claimed he previously “resisted working [privately] for government for a number of reasons”.

On this occasion, after receiving a letter and a phone call from the Deputy Governor’s Office, Willock said he would help only if he could bring a resolution to the HOA to enter into business with the government.

However, he claimed once the resolution was passed, he did not engage or follow up with the government “in any contracts”.

Speaker suspicious about being tripped up

Willock said he was certain the Commissioner was disappointed that no contracts were found between him and the government.

This prompted Sir Gary to say: “Honourable Speaker, first, there are many contracts we haven’t found. Second, the answer to the question is ‘yes’, [you have engaged with government].”

Despite several assurances from Sir Gary, Willock continued to insist that efforts were being made to ‘trip’ him up.

Willock’s attorney, Richard Rowe, then pointed out that a page to which was being referred on the matter was included in his client’s bundle of documents from the COI but was not present in his.

The page contained the publicly available resolution that was made in the HOA.

The Speaker then proceeded to take issue with the missing page, asserting that the missing page spoke “volumes” to the transparency and accountability level of the COI’s process.

Rawat then asked the Speaker: “During the period of engagement with the Deputy Governor, did Leonard & Associates become Eagle Security?”

After a deep sigh and a pause, Willock responded in the negative and told the COI that he had a friend who was also interested in the security business and he suggested that they form another company together so that Leonard & Associates would not be “mixed in with his interests”.

According to the Speaker, his newfound business partner pursued the venture.

“[This is] because I told him that I no longer have interest in working for the government,” Willock said.

He related that his partner pursued the same contract with government under Eagle Security but “it never materialised”.

Asked whether Eagle Security signed a contract with government, Willock said, “not to my knowledge”.

The Speaker, however, confirmed that he remained a business partner in Eagle Security afterwards.