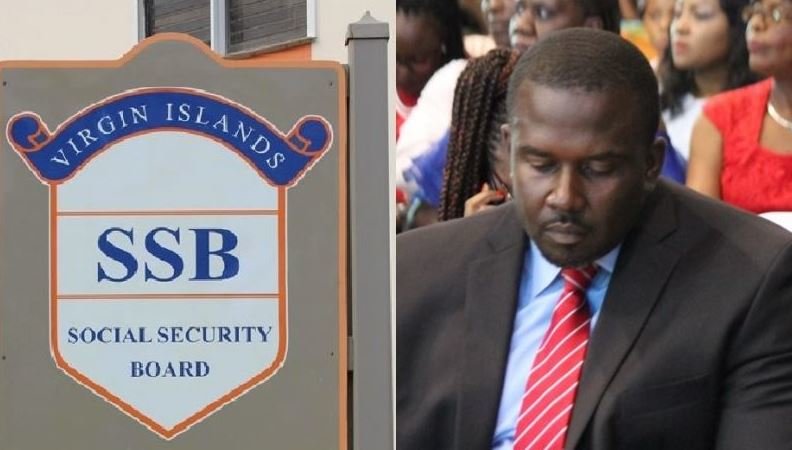 In a shocking revelation, Premier and Minister of Finance, Honourable Andrew A. Fahie (R1) has said the Social Security Board (SSB) lost some $70M in interest from monies invested under the previous National Democratic Party (NDP) administration.

He asserted that the public was kept in the dark about it because of who were involved.

Premier Fahie was at the time speaking at a community meeting in Baughers Bay, Tortola, on January 23, 2021, when he reported on the many things the Virgin Islands Party Government has done since taking office and especially during the COVID-19 pandemic era.

He also addressed the scant allegations of corruption allegedly taken to then Governor of the Virgin Islands Augustus J. U. Jaspert, which led, in part, to him launching a Commission of Inquiry.

Premier Andrew A. Fahie  has termed as 'wickedness' the allegations of corruption surrounding the Stimulus Plan being pedaled by some persons.

According to the Premier, his administration has spotted many things that will continue to be brought to the public domain, since detractors, including persons affiliated with the NDP, are now trying to malign his Government’s legitimate and transparent move to use monies from Social Security as economic stimulus in the face of the COVID-19 pandemic.

On May 28, 2020, Hon Fahie had announced a $62.9M Phase 2 Economic Stimulus Plan and that SSB had agreed to assist his Virgin Islands Party (VIP) Government with $40M as part of the Stimulus Plan.

Opposition Leader and Member of the National Democratic Party, Hon Marlon A. Penn (R8), although presenting no alternative plan for financing the stimulus plan, slammed the Fahie Government for the move in a May 29, 2020, statement.

Hon Penn had expressed concern that most of the funding for the Stimulus Plan was coming from Social Security Board. “I am even more concerned that this is being termed a grant," he had said.

Hon Penn had added that what is very unclear to him is if that funding could or should be had as a grant. "It is incumbent upon the Premier and Minister of Finance to justify and explain this, in the context of the Board’s current financial position, its legality and its long term sustainability," he had said.

The Opposition and their supporters have now sought to cast aspersions as to how the money is being utilised, even though an allocation plan was clearly outlined by Government. 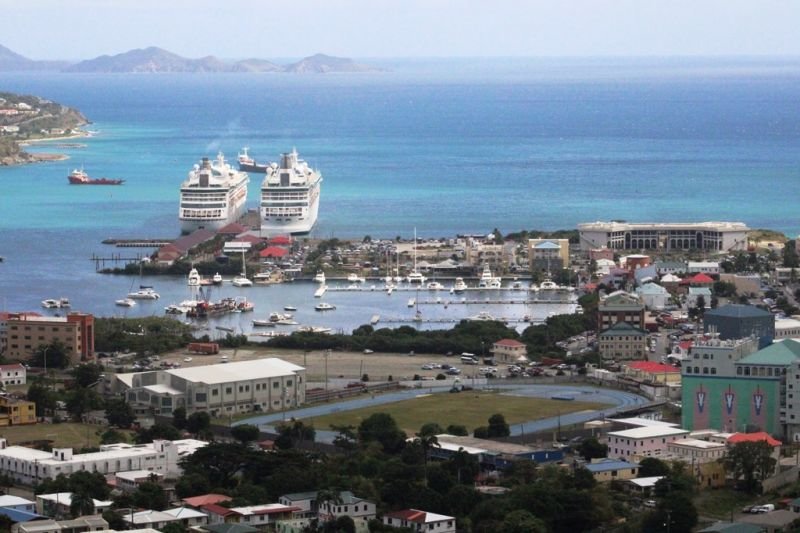 On May 28, 2020, Premier and Minister of Finance, Hon Andrew A. Fahie  announced a $62.9M Phase 2 Economic Stimulus Plan and that Social Security Board (SSB) had agreed to assist his Virgin Islands Party (VIP) Government with $40M as part of the Stimulus Plan. The money was officially handed over on July 3, 2020. Honourable Fahie, 2nd from left, and Financial Secretary Glenroy A. Forbes, 2nd from right, pose with the $40M cheque.

Addressing the Baughers Bay community, Premier said: “I am going to tell it seeing that they are coming with that forty million dollars. The money that was invested abroad, your Social Security money made interest and Social Security, in their investment on the interest part of the money, lost $70M and they never told you a thing before we took office.”

He added now the NDP is seeking to taint the move to use money from SSB to help the people in a pandemic but the NDP administration threw away $70M that could have been useful now.

The Premier; however, did not state how the money was lost, when and who were the players involved.

“They lost $70M of your money, but because some of them involved in it are part of the status quo you never heard anything about those things, so I have to start to speak them. When I went for $40M they make it seem to the country that you going to ‘broke’ Social security.”

He said his detractors will be coming out of the woodworks with this revelation but he will be waiting on them.

“More and more as they talk, more is going to get spoken, because we are not going to let them brand us how they want to brand us. We are going to be branded how God put us here on earth to be branded.”

Hon Fahie termed as “wickedness” the allegations of corruption surrounding the Stimulus Plan being pedaled by some persons.

“When you look at the stimulus, my God when I hear this thing about the stimulus, that it gone to friends and family pockets and somebody gone down there and tell the man (Augustus J. U Jaspert) that and he start an inquiry and he could have come and get that information himself,” Premier Fahie stated, adding, “Man, wickedness, there is nothing else to call it.”