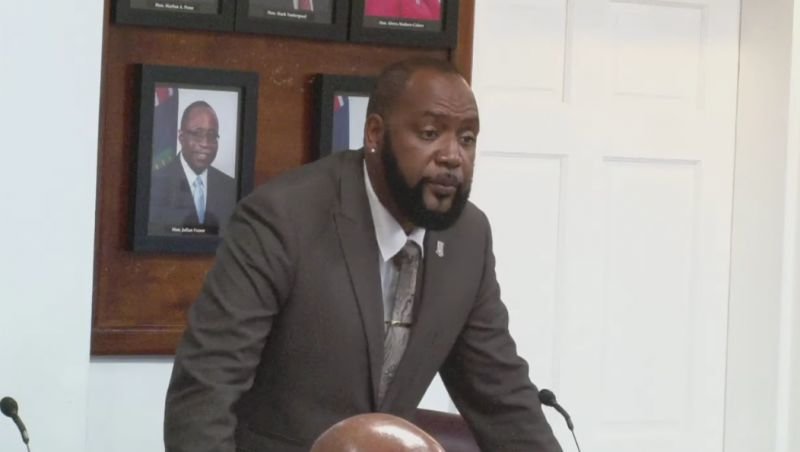 Deputy Speaker and government backbencher in the Virgin Islands (VI) House of Assembly (HoA), Hon Neville A. Smith (AL) aka ‘Sheep’ is imploring fellow legislators to stop fighting against each other and put the business of the people first.

Speaking at the Sixth Sitting of the First Session of the Fourth House of Assembly of the Virgin Islands on September 2, 2019, Hon Smith said that since taking to the house, legislators are failing to include the people of the VI in their discussions.

“We come to this house a lot of time talking a lot of stuff, discussing business but somehow we leave out the most important element, which is the people, with what we [are] discussing,” he said.

Hon Smith continued, “The people in this Virgin Islands are hurting… very very bad. We need to come to this house and start fighting what we are going to do for the people, that’s what we need to start fighting for.”

He told the House that he is constantly trying to come up with solutions to fix issues facing the people of the territory.

“Every time you go on the road somebody begging you for help, some might be genuine, some may not be genuine but it's there, I see it every single day and it's hurtful," he said.

Lauding Premier Andrew A. Fahie's (R1) 1000 jobs in 1000 days initiative, Mr Smith said Legislators need to start looking at similiar initiatives that can improve the lives of the people.

“It like we fighting against each other all the time, that how it looking to me. We come in here and it's like trying to keep your own brother down,” the often quiet Hon Smith told members of the House.

"Every time we fighting against each other, somebody come in and takeover," the emotional Smith charged in noting too that he is fed up of citizens crying out and begging for help.