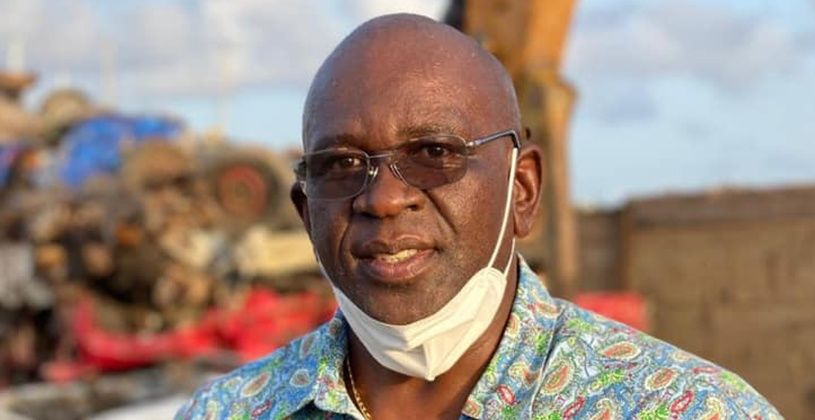 Minister of Health and Social Development, Hon. Carvin Malone has appealed to Opposition Leader, Hon. Marlon Penn to stop his attacks on the farmer and fisherfolk grant.
“I want to invite the Leader of the Opposition to stop it. Stop this concept that the fishing and farming grants were given out to nobody who deserved it,” Hon. Malone stated on VIP Let’s Talk radio programme on Tuesday, March 22.

Hon Penn has maintained that the stimulus was botched.

“You gave over five-plus million dollars to persons in fishing and farming who don’t fish and farm,” Hon Penn had stated last month. It is the strongest allegation to date from the Opposition Leader on the stimulus grant.

Hon. Penn, through the House of Assembly, had requested and received a list last year of beneficiaries under the programme from Hon. Andrew Fahie, Premier and Minister of Finance.

“Up to yesterday (February 6) persons reached out to me to say, ‘look Mr. Penn can you help me; my name is on this list. I am a fisherman; I am a farmer. I am trying to get the monies that they said I received; I never received’,” Hon. Penn noted.

Hon. Malone stated that Hon. Penn brought persons into the Premier to be granted with fisher and farmer stimulus.

“I know it happened. He brought people in. He brought a number of people in. Is he saying that the people that he brought in were people not deserving of the fishing and farming grants?” Hon. Malone questioned.

He added, “It is akin to what I have been hearing in a former Governor and Minister in the UK saying that $40M was given to our friends and family. My family and friends are asking where is mine. There s nothing there because it went to the places…were there one or two persons? Maybe. At the end of the day, this constant messaging he has to stop it.”
#Fahie
Add Comment