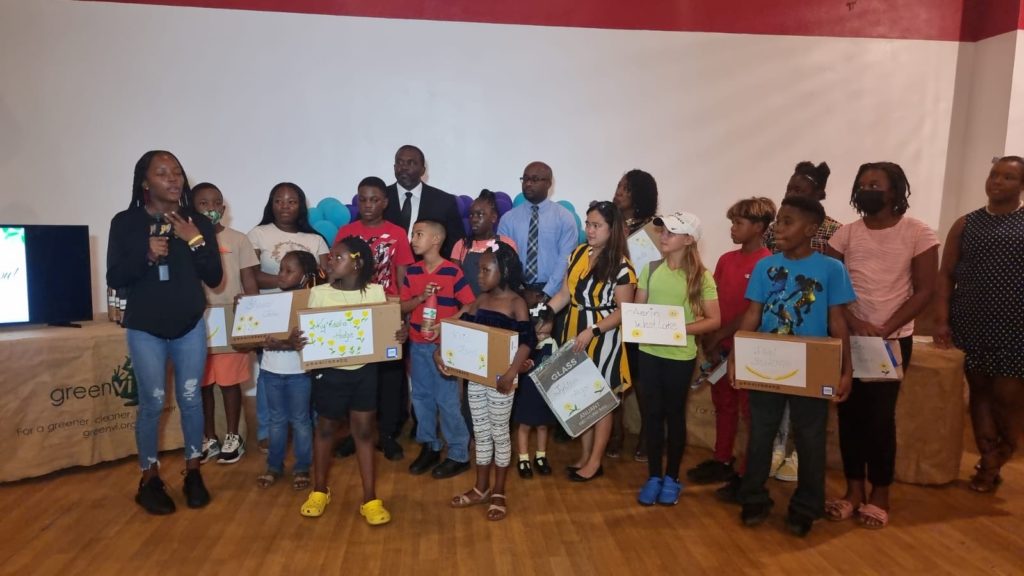 Last month’s We Recycle summer competition among local students has been hailed as a success as it removed a significant chunk of the territory’s waste that would have otherwise been incinerated.

Speaking at the ceremony, Minister for Health Marlon Penn thanked the team at Green VI for the continuous work done over the years to make the Virgin Islands a greener space.

“It’s important for us to really better manage our waste stream and I think Green VI has done an excellent job so far. You heard Sarah express the numbers in terms of how much waste just in over one month we’ve been able to take out of the waste stream to be recycled, and I think that’s a feat that you guys should be commended for,” Penn said.

“Additionally, I think it shouldn’t stop here. I think we want to have a shift in culture, a shift in behaviour, and a shift in attitude. I think the children that are here today have inspired your parents because I heard many of you say that your parents are part of the process. The government is happy with the collaboration that we have with Green VI. We have a Memorandum of Understanding in terms of how we’re going to work collaboratively,” the Health Minister continued.

Penn also extended the partnership to other businesses in the territory hoping for them to join the space and support the government in achieving a more balanced approach in terms of managing waste in the territory.

“So, I’m committed as the Minister of Health, for waste management, but also on the commitment of the territory. If you could imagine just 40 families, and the amount of waste that Sarah just explained, was taken out of the stream in one month. Imagine if we extended that to all the families in this territory. How cleaner and more beautiful the Virgin Islands would be than it is already. The BVI’s beauty is dependent on our economy. Tourism is our biggest economic earner. And no one wants to come to a littered country,” Penn said.

“So, we have a responsibility, not just to keep our surroundings clean, but for economic survival, we all must play our part in terms of this process. So again, I want to thank the participants for what they’ve done through this process. I want to thank Green VI and its collaborative efforts and all its stakeholders and partners and the government. We play an important role as well in terms of assisting in this process. I have to find the money but it’s got to continue the process and we’re committed to that,” the Minister added. 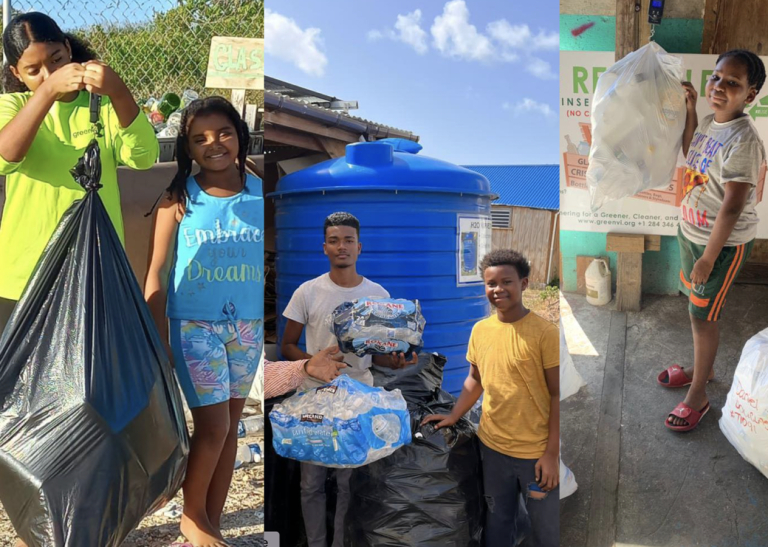 Some participants of the We Recycle summer competition.