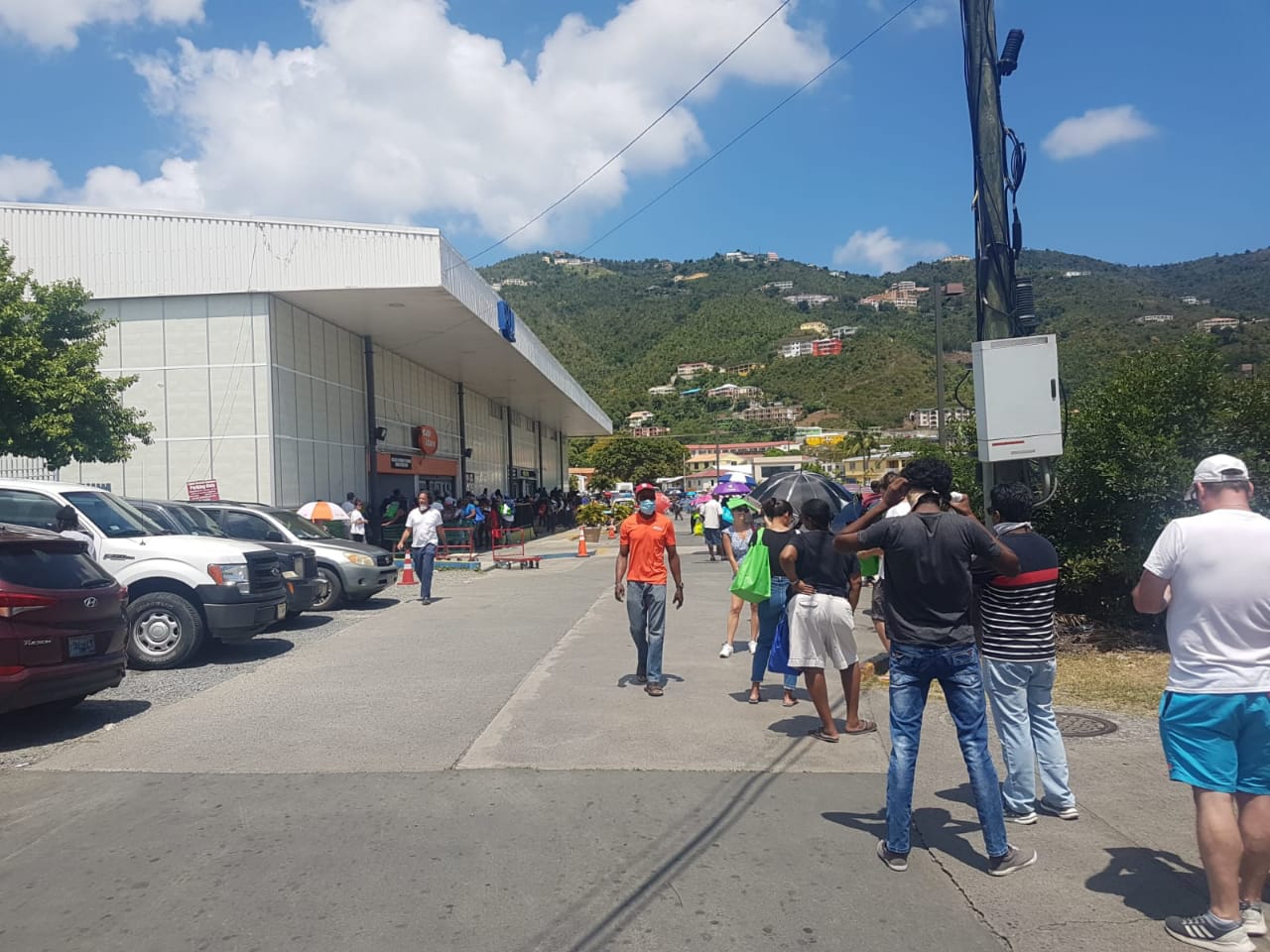 'Supermarket lines worse than after 2017 hurricanes'

The opening day (April 2) of government’s relaxed curfew period - which saw thousands of persons flocking local supermarkets — has been described as being worse than the state of affairs immediately after hurricanes Irma and Maria.

This is according to a male Belle Vue resident who told BVI News that he had never witnessed lines as long as they were at RiteWay Food Market in Pasea Estate on Thursday, April 2.

Equally long queues were observed on Friday, April 3 and are expected on Saturday.

“This is the worst I have even seen the lines here at Rite Way — much worse than the lines I remember seeing following the 2017 hurricanes. I have been here since after 8 this morning. Four hours have gone and I’m not even by the Scotiabank ATM as yet. It is simply outrageous,” said the Belle Vue resident who opted to remain anonymous.

“I have my family at home waiting on me with the expectation that I would’ve been back home way before midday, now I’m here not sure what time I can get back to them by,” added the noticeably concerned shopper who is part of the first of three groups who are permitted outdoors to access essential goods and services before the BVI enters 14 days of 24-hour lockdown.

BVI News also spoke to a number of other residents who described their experience waiting in lines as ‘unbelievable’.

A female Baughers Bay resident who said she is employed as a Customer Service Representative stated: “I was not expecting the lines to be as long as they were today at all. I have been here from since 8:30 this morning — only managed to eat breakfast. It’s now after 4 pm and I’m only now able to start my shopping. This is unbelievable.”

“I collected my number from the police officers after 9 o’clock and had been in out of my car several times only to realise my number was not even close to being called. But thank God that is over with finally and I am here now getting what I need for my family and I,” she further said.

Disorganised! Shoppers should get limited time in stores

One Sea Cow’s Bay resident who said she waited in line for more than seven hours before getting to shop, offered a suggestion that she believes will assist in the quicker flow of shoppers.

She said: “I think it was a bit unorganised and they were not efficient and I think what they needed to do is to put a time limit as much as possible on the batch of people who are in there shopping at the time. By doing that, you can then better manage what time they finish in terms of cut off by the curfew time.”

The final day for government’s relaxed, limited and managed curfew will be on Saturday, April 5 and is expected to see residents with surnames ‘S’ through to ‘Z’ out to procure their share of essential goods and services.
Add Comment