In what was dubbed a historic occasion, a St Vincent and the Grenadines (SVG) Consular Office was opened in the Virgin Islands (VI) today, Friday, October 16, 2020.

The opening of the Consular Office, located at the New Testament Church of God International Worship Centre in Baughers Bay, Tortola, is seen as a step towards strengthening the existing relationship between SVG and the VI through commerce, education and culture.

The Office will also address the affairs of SVG nationals residing in the VI. 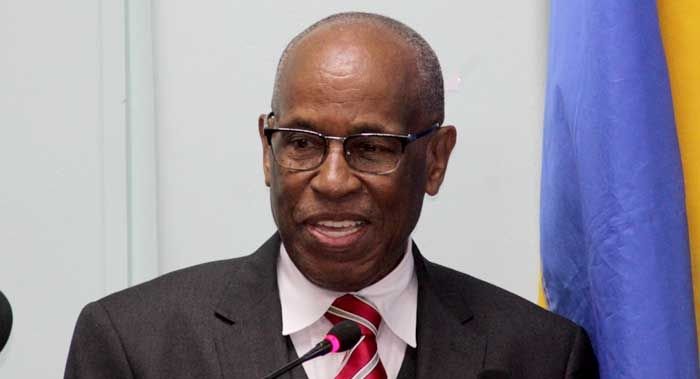 Hon Louis H. Straker, the Deputy Prime Minister and Minister of Foreign Affairs, Trade and Commerce of St Vincent and the Grenadines said his country is looking to develop a special relationship with VI because of the number of Vincentians living there.

Premier and Minister of Finance, Honourable Andrew A. Fahie (R1) said it was the first diplomatic representative office to be established in the Territory but that the relationship between the two nations has existed for decades.

Describing the relationship as long and deep, Premier Fahie said since 1984 when the VI joined the Organisation of Eastern Caribbean States (OECS), the two have carried on friendly relationship, along with member states, through education, health, and sports, adding that they also share a judiciary- the Eastern Caribbean Supreme Court, of which the Commercial Division is housed in the VI.

He said there are more Vincentians living and working in the VI than any other country grouping. “They are our friends, neighbours, husbands, wives, children and even our Bishop,” referring to the Honourary Consul.

According to the Premier, his Government believes in unity and empowerment among its Caribbean people and its status regularisation programme in late 2019 was a strong indication of that.

Premier Fahie related that the relationship with SVG will be in the areas of trade, agriculture, manufacturing of goods and services, adding that the partnership will help both economies.

“Today I reiterate that the Caribbean region is very strong. Our people are resilient and if we work together the possibilities are endless.”

He said SVG “has sustained and nourished souls and bodies the world over” due to their strong agricultural industry; however, the world continues to change, evolve and grow and as a Caribbean people we too must adapt and find new ways to ensure our survival.

“The formalising of this relationship with St Vincent and the Grenadines is only the first step in paving the way and creating the architecture for Intra-Regional trade. Through this enhanced partnership, the BVI will look to our neighbours, our friends and indeed our family to assist us in enhancing our food security through the expansion of our agricultural base.”

He said the VI will be ready to assist SVG in their areas of expertise, such as culinary, marine and hospitality training, especially as SVG seeks to diversify its economy.

Hon Louis H. Straker, the Deputy Prime Minister and Minister of Foreign Affairs, Trade and Commerce of St Vincent and the Grenadines, said his country is looking to develop a special relationship with VI because of the number of Vincentians living there.

He also said SVG is looking at having an active trading relationship with the VI where the country would be able to adequately supply the Territory with its produce.

Hon Straker added that he is hoping there can be exchange student programmes and training for Vincentians in tourism and hospitality.

He noted too that both nations have a rich culture and there can be cultural exchanges.

Meanwhile, Premier Fahie had also said that as Honourary Consul Bishop Charles will promote the economic interest of SVG in the VI.

He also said Bishop Charles will identify and facilitate opportunities for development for trade, commerce, tourism, culture and employment, assist SVG nationals visiting and residing in the VI and enhance the friendly and cordial relationship already existing between SVG and the VI.