Systematic changes are necessary if the Virgin Islands is to fight Alzheimer’s in an effective way was the key message from an individual who has family members afflicted by dementia.

On Friday, September 23, 2022, the VI Alzheimer’s Association held two activities back to back as part of observances for World Alzheimer's Month. The events were a Paint the Town Purple March and a Candlelight Vigil.

Mr Larry Griner of the USA was the guest speaker and those present also heard from the Association’s Patron Ms Tara Curtis, who shared her story of her mother, an Alzheimer's patient.

It was during the vigil that Ms Keriann Malone gave a VI perspective of a caregiver for persons living with the condition. She shared that her grandmother, Ms Eileene L. Baronville, the territory’s first woman police officer, cultural icon and educator, as well as her father, Mr Rufus Malone, have been diagnosed with dementia.

Ms Malone lamented there being no support programmes in Road Road for persons suffering from dementia, as she takes her father from Road Town to East End to attend an engagement programme for seniors.

“There are also a number of up and running community programmes such as the East End/Long Look Senior Engagement Programme. Despite the fact that I live in town and my dad now resides with me, he has recently started attending this programme and he definitely seems to like it and enjoys himself every time he attends.

“The care and support given to all attendees are superb! Noticed I mentioned I live in town and he attends the East End/Long Look Senior Engagement Programme. That’s because there is currently none in town. With the growing need throughout the territory of the Virgin Islands, I encourage each district to run programmes for the seniors, dementia patients, and the differently abled."

This is when she made the call for a systematic change.

“Can you imagine living in a society that caters very little to persons with dementia? The journey will be even harder because the aim of support and service is to empower people living with dementia, and those who care for them, with the tools, connections, resources and help that they will need to live; as well as prepare for the future. Since the demands for relevant skills and knowledge have increased we need a change.”

“We can’t continue doing the same and expect change, meaningful change...let's talk money. If something costs a dollar and you pay a dollar, can you get back change? No! How can you get change if you give the exact? You only can get change if you give extra. Thus, I am looking forward to the extra, systematic changes that are necessary, in policies, training, funding and resources, which will eventually empower people and positively change mindsets,” Malone stated. 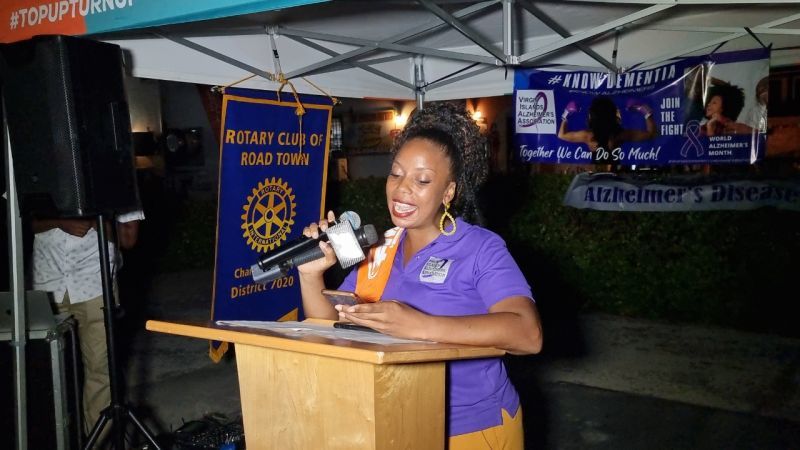 Some of the participants of the awareness walk held by the VI Alzheimer's Association in Road Town on September 23, 2022. 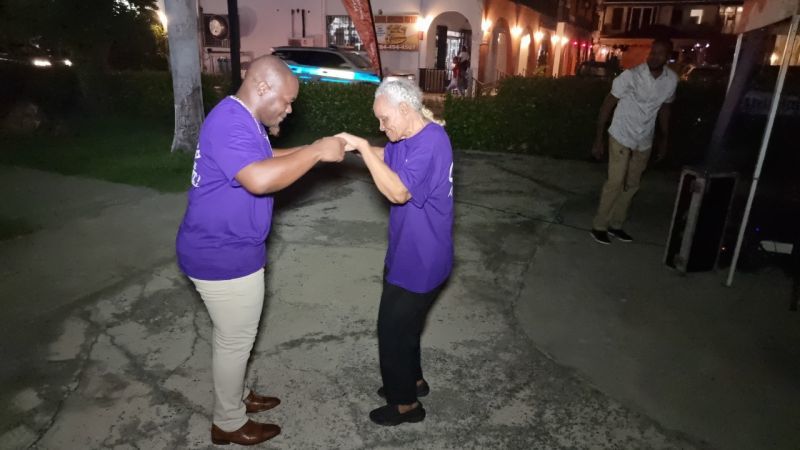 The need for more support programmes for persons suffering from dementia and Alzheimer's was highlighted at the VI Alzheimer's Association's candlelight vigil on September 23, 2022.