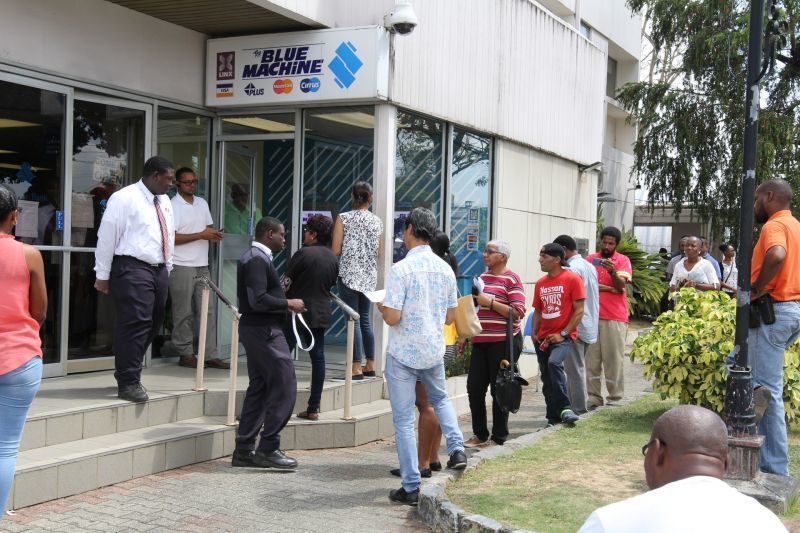 Making ends meet was harrowing for many during the pandemic as results from a recently released survey found that 50 percent of respondents were not satisfied with their financial situation and 27 per cent said they had too much debt to deal with.
The National Financial Literacy Survey Report released by the Central Bank this week found that 29 per cent of people did not have money left over at the end of the month while 34 per cent worried about paying normal living expenses with 29 per cent saying they were just getting by financially.

According to Dominic Stoddard, Financial Services Ombudsman who presented the findings of the survey its purpose was to access the impact of National Financial Literacy Programme (NFLP) interventions, evaluate the current state of financial literacy in the country, inform the strategic direction of the NFLP and make an initial assessment of the public’s experience with financial fraud.

Noting that the NFLP has been in existence from 2007, Stoddard said thus far 143,000 people have been interviewed.

In this survey, the methodology differed because of the constraints with COVID.

Hence, no face-to-face interviews were done and instead comprised a mixed method incorporating online and telephone interviews and included 1,090 adults, 151 students and 160 SMEs.

“We worked in a context of negative growth and high unemployment. We used the organisation for economic cooperation and development (OECD) methodology and we were in the context of a pandemic,” Stoddard further explained.

He said apart from evaluating the current state of financial literacy the survey also gauged the public’s attitude towards digital financial service, made an initial assessment of the public’s experience with financial fraud and helped to inform the strategic direction of the NFLP going forward.

Regarding the use of digital products Stoddard said the survey found that 62 per cent of adult respondents used at least one digital financial service (e.g. online banking, mobile app, digital wallet or payment service such as WiPay, SurePay etc.) while digital adopters were typically under 45 years old, predominantly from the west and central regions, and were holders of a first degree of higher.

Overall, he noted that financial literacy in Trinidad was 69 percent while Tobago recorded 67 per cent.