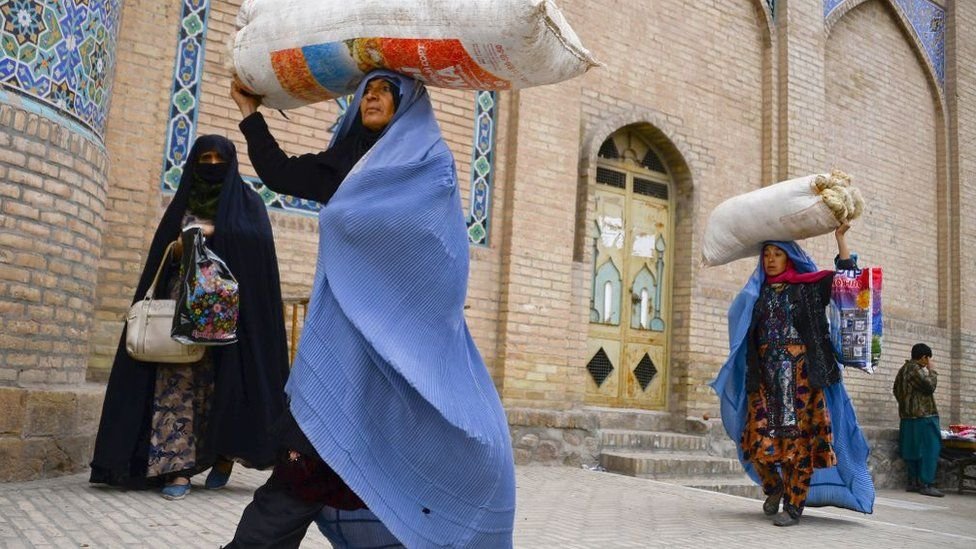 The leader of the Taliban in Afghanistan has issued a decree urging the group's leaders and commanders to forego taking multiple wives, which he said was inviting "criticism from our enemies".

Muslim men can be permitted by religion to have up to four wives at a time and polygamy is still legal in Afghanistan, Pakistan and some other predominantly Muslim nations.

But Taliban sources told the BBC the practice was creating increasing demand from commanders for funds to pay a "bride price" - a practice in force in many Pashtun tribes in Afghanistan and Pakistan by which money is given to a woman's family to secure her hand in marriage.

The decree comes at a sensitive political moment for the Taliban and for the country, as the militant group undertakes talks with the government over the country's future. Sources said the Taliban leadership was concerned over allegations of corruption against members attempting to raise funds to sustain large or multiple households.

Most of the Taliban's senior leaders have more than one wife, but the new decree does not apply retroactively to those who are already in multiple marriages.

What does the decree say?

The two-page decree, issued in the name of Afghan Taliban leader Mullah Hibatullah, does not ban second, third, or fourth marriages, but warns that large amounts of money spent on marriage ceremonies can invite criticism from the Taliban's opponents.

"If all leadership and commanders avoid polygamy, they won't need to get involved in corrupt and illegal practices," the decree says.

The decree does provide for exceptions though, endorsing multiple marriages for men who either have no children, have no male child from a previous marriage, who are marrying a widow, or who have family wealth to afford multiple wives.

The decree says that in those circumstances, a man wishing to marry multiple wives should seek permission from his direct superior before arranging another marriage.

Taliban sources told the BBC the letter was being distributed to the rank and file of the movement in Afghanistan and Pakistan.

How widespread is polygamy?

Polygamy has long been widespread in the Pashtun societies of Afghanistan and Pakistan, where women have traditionally had little say in who or when they marry.

Absence of a child from a marriage - particularly a male child - is often cited as a reason for taking additional wives in rural, patriarchal Pashtun societies. Another is domestic tension, for which a wife is usually held responsible.

A widowed woman is often given in marriage to the brother of her deceased husband - a move seen as protecting the honour of the widow and the family, even though the brother may already be married. And for those with greater wealth, polygamy can be seen as a status symbol.

Such marriages are made possible by the custom of "walwar" - or bride price - which the family of the bride receives in return for giving her hand in marriage to her husband.

Economic pressures and changing social attitudes in recent decades have begun to discourage polygamy, but it is being kept alive in the modern world by "male lust", said Rita Anwari, an Afghan activist based in Australia.

Islam allowed men to take multiple wives "under certain conditions", Ms Anwari said, "such as if the previous wife is sick or can't bear children, and there are certain balancing caveats".

"Unfortunately, today's men with power have forgotten all that in their pursuit of lust," she added, accusing them of using "small excuses" to take new wives.

"It is completely wrong to have a few wives when you can't look after them equally - financially, physically, and mentally," she said.

Most of the Taliban's senior leaders have taken multiple wives. The movement's founder, the late Mullah Mohammad Omar, and his successor, Mullah Akhtar Mansoor, both had three wives. The current Taliban chief, Mullah Hibatulah, has two.

The Taliban's most senior official in Doha, Mulah Abdul Ghani Baradar, has three wives - the last of whom he reportedly married while in Pakistani custody.

Nearly all of the Doha-based leaders of the movement have multiple wives, including those recently released from US custody at Guantanamo Bay. Some of the latter have taken additional wives after their release, mostly in return for hefty amounts of bride money paid to their new in-laws.

When the BBC contacted Taliban sources to ask which Taliban leaders had multiple wives, one source replied simply: "Which one hasn't?"

Why the effort now to control polygamy?

For many years, government officials in Afghanistan have pointed out that while Taliban leaders often lead luxurious lifestyles, foot soldiers are forced to live hand-to-mouth.

"The good news is that the ranking Taliban fighters are sick of fighting while [Taliban leaders] are getting their fourth and fifth wife and are enjoying themselves," said Afghan President Ashraf Ghani during a panel discussion at the World Economic Forum (WEF) in Davos last year.

There have been reports that Taliban commanders in Afghanistan have taken wives by using force - unwanted negative press for the group at a sensitive political time as it takes part in talks with the government.

And the financial strain of bride prices has reportedly concerned Taliban leaders. Reports suggest that commanders and fighters have paid prices ranging from 2m to 8m Afghanis ($26,000 to more than $100,000), either paid from the movement's funds or raised through questionable means.
Add Comment