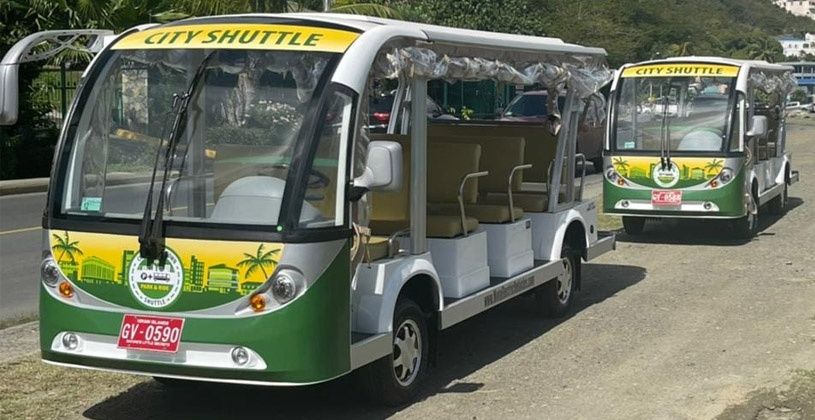 A taxi operator who took to social media to complain about Government’s free shuttle service competing with private operators drew the ire of several residents.

In fact, most of the responders on the post at the time of publication of this article praised the Government for implementing the shuttle service which was launched earlier this month.

Kelvin Fahie, who operates from the Waterfront Taxi Stand (2004 L.T.D) posted that the Government and their free Shuttle are competing with various taxi stands across Road Town.

“Many bonifide [sic] local Taxi drivers vent their frustration on how the government is taking food away from the ailing Taxi industry which has been unrepresented and with out proper Enforcement. Many of the drivers find it very hard to believe that the government of this day would get involved in brining [sic] more stress to the Taxi Industry,” Fahie posted via Facebook today, February 18.

In Support Of Government

The backlash was swift from residents who praised the introduction of the shuttle service and also shared their own complaints about the service provided by taxi operators.

Nyari Ainka responded, “We the People thank the Government for this initiative. We need the shuttle to go as far as Qwomar now and we will be set. Easy, convenient, and our drivers are super friendly.”

Russell Jones posted that he knew that ‘taxi men’ would eventually fuss with the shuttle.

“Which taxi man is going to drive you from Wickham Cay to Waterfront for $1… They don't rest down their dominoes for less than $20 and don't let it be raining and you got groceries,” Jones posted.

In a subsequent response, Jones added, “Don't let them see 2 tourist pun deh Shuttle cause it's a town meeting they want with every minister in attendance.”

Tony Sorrentino responded, “Maybe if the taxi fares were properly regulated people would be more inclined to pay for transport. Most people don’t have $30 to spend to get from Rite Way to the Moorings.

Meanwhile, Romian Guishard reasoned that like everywhere else in the world there is public and private transportation for citizens.

King-ptah'abu Kevin questioned what about them taxi drivers taking food from the people's mouth who can afford to pay taxi each day to go work for what most get paid before food to put in them house they 40 percent of a check goes to the taxi.

He noted, "The government need to put bus service back on island that's all the island has to travel weather [sic] it for work or pleasure."