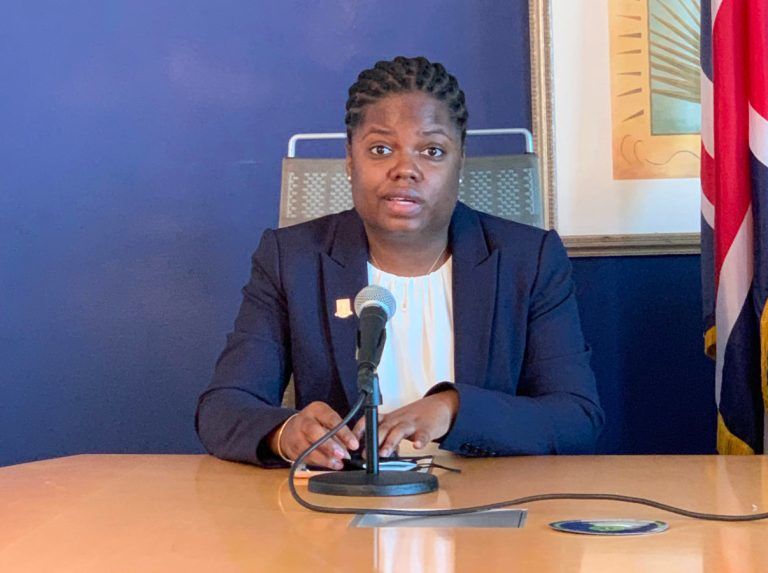 Education Minister Sharie de Castro said teachers are leaving the profession because they are frustrated.

While appearing on the Talking Points radio show yesterday, de Castro said structural changes need to be implemented to address the issue. She spoke on the issue of teacher retention and pointed out that there are multiple reasons why teachers are leaving the profession.

The number-one challenge in addressing teacher retention pertained to increasing the salary of educators, which the minister stated was currently under review.

“I’m really hoping and praying the teachers are at the front of the line because they have expressed their concern in that regard,” de Castro said.

The Education Minister also said there is a need for changes in the work environment and for curriculum changes. “What we have to figure out is, ‘how do we create an environment that is conducive to both learning and teaching’, because a lot of the reasons teachers are leaving is because they are fed up with the system,” she said.

But one of the larger issues facing teachers, was that of discipline and the minister suggested it is an issue which largely exists within the secondary schools.

de Castro said the current discipline policy has recently been revised and remains under consultation with stakeholders. She further noted that revising this policy speaks to the reality of having to put steps in place to stem violence in schools.

According to the minister, there are certain behaviours expected of students if they want to continue in the learning space.

“What we don’t want is for our teachers or students to feel threatened in school and that has been a situation that has arisen over the past few years and so I believe holistically the approach has to be, teachers must feel safe going to school, students must feel safe,” de Castro said.

In the meantime, de Castro suggested that there are systematic changes that need to take place and said her position has been that this change needs to take place on the policy and legislative level. de Castro explained that her ministry has had multiple critical meetings with key stakeholders in order to effect this much needed change.

To that end, she said education professionals recently engaged in positive behavioural management professional development sessions with teachers. “We want to change the ethos and the environment, and to do that we have to change our approach,” the Education Minister, said.

“If we don’t start changing the way we view education in our territory, we won’t have many persons becoming teachers because when you look at what you’re walking into, you really question whether … I could find something else to do,” she added. “And if we’ve reached to that point, then we really need to question ourselves in terms of the core values and the type of community that we are building.”