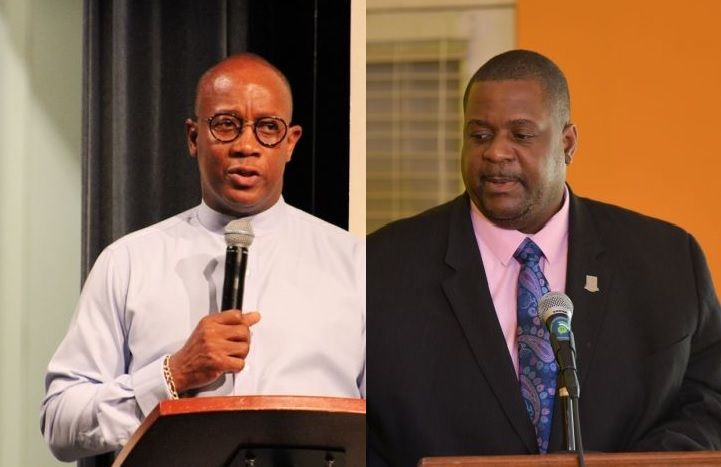 Perturbed with the fact that two non-locals were appointed to two key positions in the Virgin Islands recently, host of the Honestly Speaking radio show Mr Claude O. Skelton Cline has asked Premier and Minister of Finance Honourable Andrew A. Fahie to let the public know if the United Kingdom (UK) is directing certain moves behind the scene.

Recently, the posts of Managing Director of the BVI Airports Authority (BVIAA) and Accountant General were filled by expatriates.

In the case of the BVIAA, Premier Fahie has said no locals applied for the post while the Accountant General’s appointment is for two years to ensure financial reports are completed.

This; however, is not sitting well with Mr Skelton-Cline, who believes Government should do all in its power to find suitable locals to take up key posts in the territory.

“It is unacceptable! We have to go into the spaces and the places and find our people and ensure that these posts are held by our people! And don’t tell me we don’t have the skills, don’t tell me about some specialty or anything like that, don’t tell me we didn’t apply! I get perturbed to the highest level on this subject,” Skelton-Cline stated on his show on February 1, 2022.

According to him, “We have some people in key positions whose loyalties are not to these Virgin Islands.”

Is the UK responsible?

During Premier Fahie’s response on the BVIAA appointment, he had said that the UK’s Air Safety Support International (ASSI) had a hand in the hiring process.

Mr Skelton-Cline then asked if the UK was cajoling the VI in certain areas such as this one.

“If it is that there is an unseen hand behind the scenes who is pushing you or cajoling you to make certain moves or place certain conditions on you then come tell us and then let us help you fight. But when we see these things on the face it is unacceptable. It is completely unacceptable and I will not relent from that.”

The commentator and consultant also clarified that he was not speaking against any particular government.

“No, I am speaking against a practice by whichever government that does not make our people their priority in key positions in this country. We got the skills here, we got the people here and it is incumbent upon us to ensure they get in position.

“And if the UK is making some move on us that you ain't telling us about, that we don’t know about, come tell us so we can help you with what to do,” Skelton-Cline concluded.