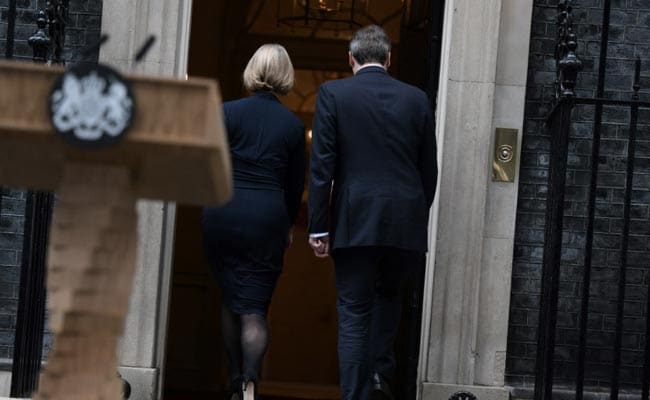 Carmen Harvey-Browne, a recently retired teacher and Conservative voter, said the situation had become an "absolute mess" and Truss "just needed to go".

Liz Truss's resignation on Thursday was met with relief by voters in the Conservative stronghold town of Godalming, located in the well-heeled London commuter belt.

"She just made a mess of it, an absolute mess of it and didn't have the support of the rest of the party."

Cully said the chaos of the past few weeks had left him very concerned and he would have preferred to have seen former finance minister Rishi Sunak at the helm.

"I am worried like everyone else in the country. We're all struggling."

Now, he said, he expected "the mayhem is going to start, the opposition is going to be baying for an election".

He fears it is too late for the Conservatives to turn their fortunes around.

"The damage is done. That's for sure. It's going to depend now on who takes over. I'd like to see Rishi Sunak take over because I think he'd have done a better job."

The leafy town is part of new Finance Minister Jeremy Hunt's constituency, but he has indicated he will not be running.

Retiree Sally Sherfield said the political chaos had made her "uneasy".

"I do think it's better that she goes," she said reacting to the news.

"I think it needs a general election. I think they (Truss's government) have done too much damage to the country. It needs to be altered."

Carmen Harvey-Browne, a recently retired teacher and Conservative voter, said the situation had become an "absolute mess" and Truss "just needed to go".

She said Truss was "not fit for purpose", adding that news of her departure left her feeling "a bit more hopeful now".

"They need to turn it around big time. Hunt is OK, but it's a poisoned chalice".

Pam Deeprose, a retired secretary and lifelong Conservative voter, blamed the party members for the debacle.

"It's their fault. They elected her. Bring Boris back. He was an imperfect human being but we all are and he did what needed doing.