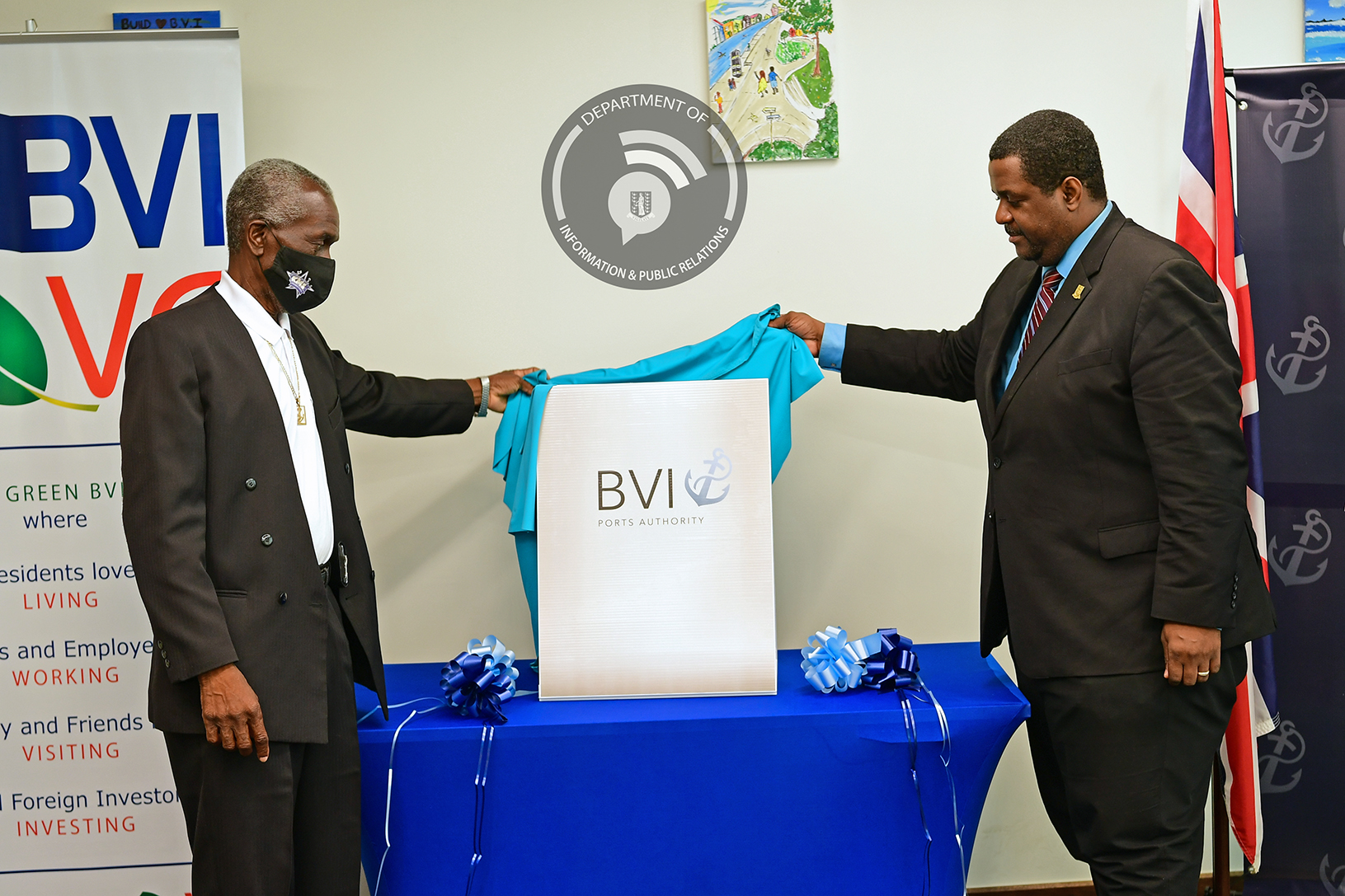 Premier and Minister of Finance, Honourable Andrew A. Fahie has said that maintaining the Virgin Islands’ port services is a key part of the Territory’s economic rebooting following the unveiling a new brand that will be the face of the British Virgin Islands Ports Authority (BVIPA).

The Premier while addressing the launch of the new brand on Friday said, “I am pleased to see that even though our ports remain closed as we continue the phased reopening of our borders, the chairman and his board, the director and his team continue to push forward, plan, and get ready for the ‘New Regular’ as visitors prepare to return to this Territory when we open for that category of persons which will be very soon.”

The Premier, who is also the Minister for Ports said, “As a Government, we understand the importance of the BVI Ports Authority’s role. The BVIPA is of critical value to this economy. It helps to facilitate business continuity through ports and shipping, which are an essential part of the socio-economic environment of this Territory.

The new branding which includes the words BVI Ports Authority and an anchor will be the official logo for the authority.

The Premier said that it is fitting that the anchor will now be the prominent feature of the rebranding, as the BVI Ports has shown strength and steadfastness over the years, especially during this pandemic and will continue to be a source of stability in the “New Regular.” 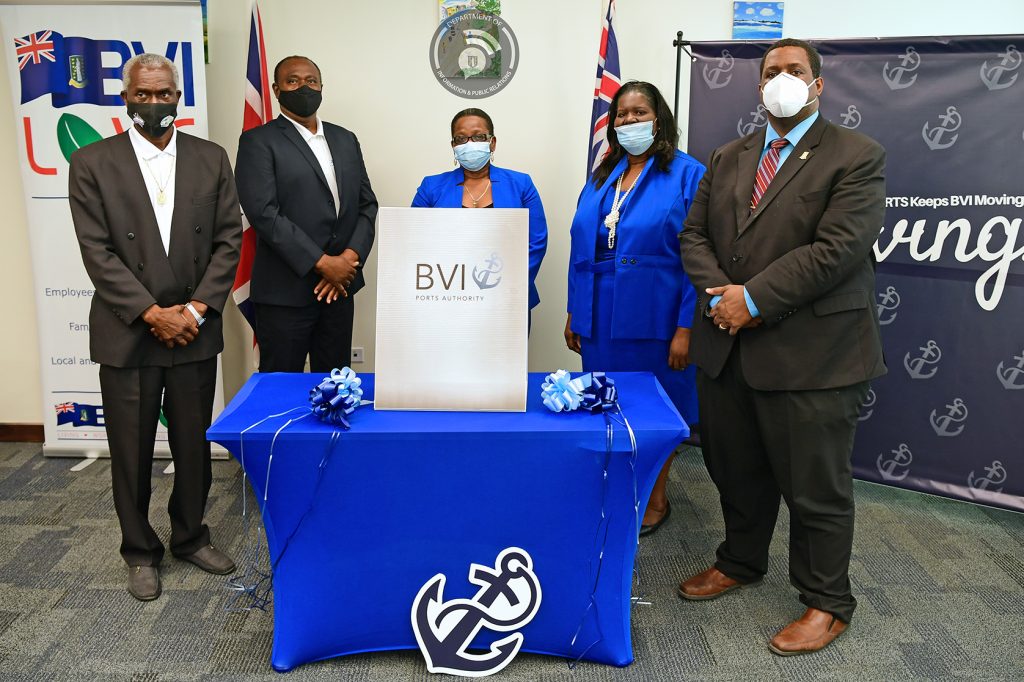 Premier Fahie stated that the BVI Ports Authority has been making constant improvements to its services offered to the public including the launch of the online booking system called PORTCALL, a dynamic system to allow both cargo ships and cruise ships access to real time bookings. This new system, he stated, has helped to augment business transactions with both cargo and cruise companies.

The Premier added, “During the pandemic, the BVIPA continued on its path in providing more efficient and safe ways to do business at the port, most recently with a contactless payment system. The BVIPA team kept the supply chain moving throughout our many curfews having established a Cargo Pandemic plan that ensured that the supply chain remained uninterrupted.”