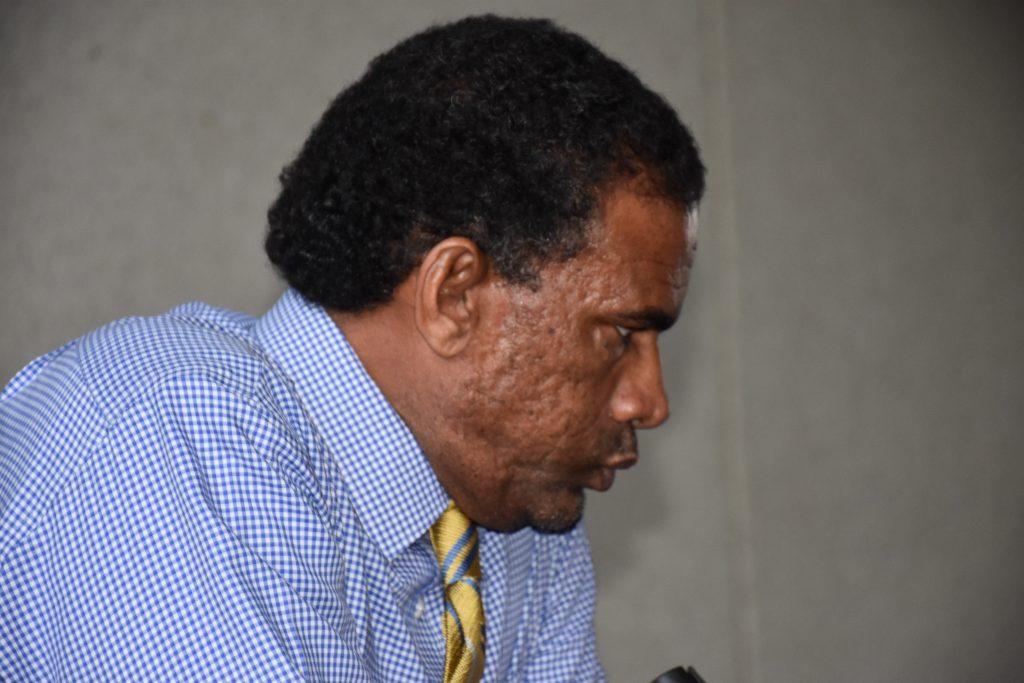 ‘The confused one went purple’! Wheatley takes dig at Pickering

An early blow has been struck in what appears to be the nascent stages of campaigning for the BVI’s constitutionally due general elections next year.

On the eve of former Deputy Premier, Dr Kedrick Pickering’s expected announcement that he will return to active politics, Seventh District Representative Dr Natalio Wheatley seized the opportunity to take a thinly-veiled jab at Dr Pickering.

The post of Seventh District Representative was previously held by Dr Pickering for nearly twenty years. He also served in the former ruling National Democratic Party (NDP) administration as Minister of Natural Resources & Labour between 2011 and 2019.

In an appearance on the March 5 edition of the Virgin Islands Party Let’s Talk radio programme, Dr Wheatley openly mocked the dysfunction that characterised the NDP government near the end of the party’s time in office. He argued that the former administration left the country without leadership at a critical time.

“The storms were in September 2017 and from that point up until the elections in February 2019, the previous administration was paralysed,” Dr Wheatley stated.

“They just couldn’t get anything going at all,“ he continued. “And the reason for that is that they were greatly divided.”

“They had a big argument over the Recovery and Development Agency. They had a piece of legislation that they just couldn’t pass in the House of Assembly,” he added.

Meanwhile, Dr Wheatley argued that it was a fact that the NDP needed the then-leader of the Opposition and now Premier, Andrew Fahie, to get their legislation passed.

“When you have a government and you can’t rely on your own government members to get legislation passed, things are bad. And basically, the whole government fell apart,“Dr Wheatley stated.

“I don’t know what to say, they just fell apart as a government and were not there to provide leadership,” he added.

Referring to the subsequent splinter in the NDP, Dr Wheatley said, “one went blue, the other went red and the one who was confused went purple.”

When members of the former government went their separate ways, former Minister of Health Ronnie Skelton left the NDP along with Second District Representative Melvin ‘Mitch’ Turnbull to form the Progressive Virgin Islands Movement (PVIM) which chose blue as its party colour.

Dr Pickering, who eventually ran as an independent candidate at the last election, chose purple as part of his party’s colours.

Fourth District Representative Mark Vanterpool and now Opposition Leader Marlon Penn, who remained with the NDP, were the only members of the former administration to win re-election at the 2019 polls.

According to Dr Wheatley, members of the former government are now trying to take credit for some of the legislative and other work that is being done by the governing VIP.

Whether that early blow struck by the Education Minister will amount to anything other than a proverbial shot in the dark, is now left to be determined by the electorate at the polls.