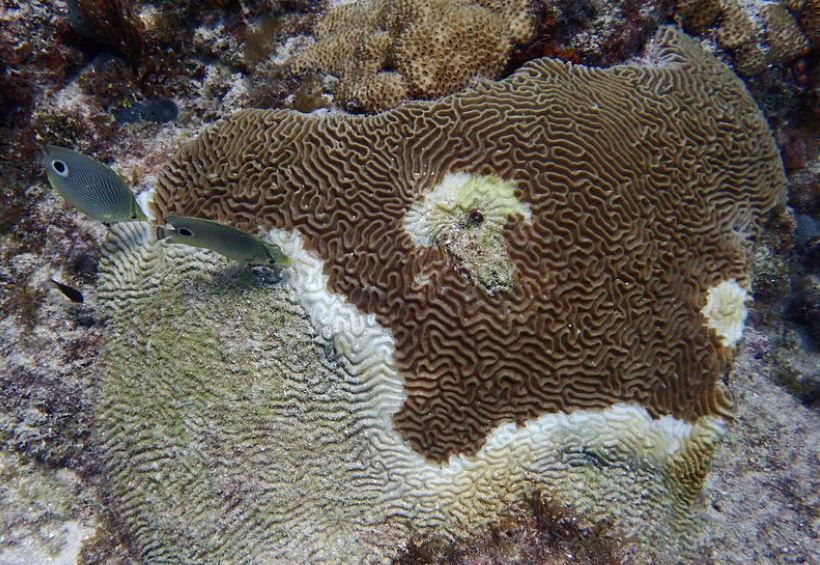 SCTLD is caused by unidentified bacteria which could be present in waste. It began affecting coral reefs in the BVI in 2020.

Minister Wheatley said the SCTLD has been found at dive sites ranging from Jost Van Dyke and the Southern Cays to North Sound. And to date, more than 3,000 individual coral colonies have been treated by authorities.

“Fortunately, the disease is not found at the Horseshoe Reef in Anegada. Monitoring efforts continue as new disease lesions can erupt in multiple locations across already treated colonies. Ongoing efforts aim to ensure that the bacteria that causes the disease no longer affects the colony. Every week new colonies are treated,” Wheatley explained.

The government has launched an extensive educational outreach programme to educate the public about SCTLD.

The minister said this consists of billboards and a three-part animated cartoon series. Waterproof printed materials have also been printed to sensitise boaters about the need to discharge their wastewater at least 1,000 feet away from land.

The fight against the coral disease is being undertaken by the National Parks Trust of the Virgin Islands, the Environmental Unit of the Ministry of Natural Resources and Beyond the Reef — a local non-governmental organisation that began working assiduously to save this precious resource.

Coral reefs are vital to the BVI; providing food, shoreline protection against wave action, and beautiful scenery for divers who travel to the BVI and boost tourism.

Local SCTLD mitigation efforts are funded by Unite BVI and the Governor’s Office.