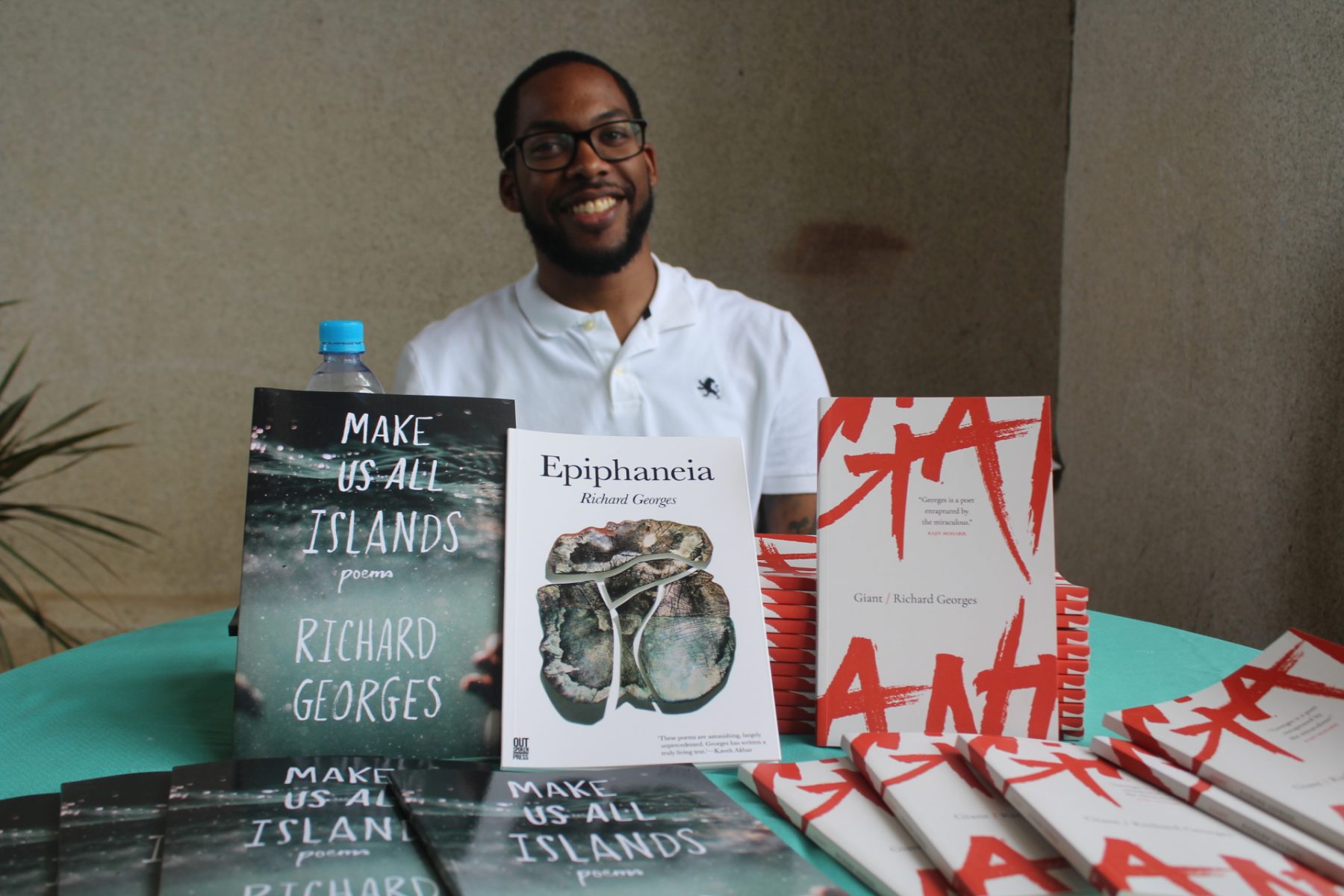 The poetry of recovery

Though many have commended Dr. Richard Georges for publishing three books within three years, he said his secret to such success is actually quite simple: pace.

“It’s a natural progression of work,” said Dr. Georges, who recently was appointed vice president of H. Lavity Stoutt Community College. “I carved out a schedule as I did during my doctoral and I kept the same rhythm and work ethic.”

The local author held a ceremony to launch his third book, Epiphanea, on Friday evening, when he signed copies of his books and read some of his poetry aloud at the Coconut Lounge at the Cyril B. Romney Tortola Pier Park.

He was surrounded by peers and long-time supporters who commended his work.

“As someone who is endlessly fascinated, utterly enthralled, by the cultural identity, heritage, and experience of the Virgin Islands, … Richard finds ways to bring to life into this heritage and experience of which I speak,” said Dr. Sauda Underwood-Smith, who previously taught with Dr. Georges at HLSCC. “He recreates the world, this world, through his poetry.”

As the night of literature progressed with readings and audience questions that Dr. Georges answered at length, the show of support from the community heartened the poet.

“It’s always good to have that kind of fellowship,” he said, adding that he was pleased with the turnout.

Published by Out-Spoken Press in the United Kingdom, Epiphanea is a collection of poems centered around memories, home and the recovery after hurricane Irma. Dr. Georges began writing it in early 2017 and finished in June 2018.

He said his inspiration comes from the landscape and history of the VI, as well as his experiences and personal life.

“I often think of who inhabited this space before me,” he shared, offering a glance into the mindset from which he draws inspiration.

Though his writing has gained international recognition and appreciation, Dr. Georges said the VI doesn’t “have that literacy landscape just yet.”

He credited groups like the Callaloo Poets and others for cultivating creative spaces, but said he sees potential for the territory to expand in its appreciation for literature.

As Reading is Fun Week wound down, Dr. Georges was also pleased that his book launch fell into that week-long celebration of literature.

He commented on the activities hosted by the government and said they were “well organised” and “very inspiring.”

His book Make Us All Islands was shortlisted for the UK-based Forward Prize for Best First Collection, and his second book, Giant, was longlisted for the Bocas Prize for Caribbean Literature.