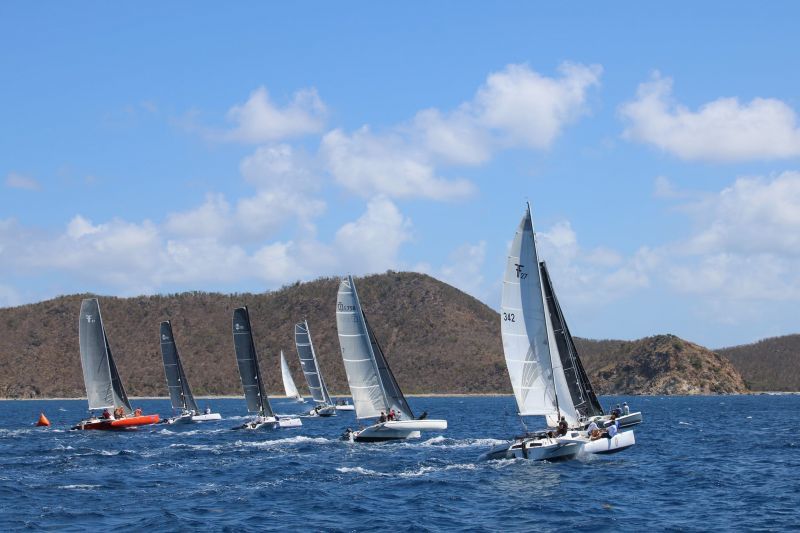 Chris Haycraft's Ting a Ling and Pat Nolan's Moxie were the winners at the 2021 Governor's Cup held at Nanny Cay on Saturday, April 24, 2021.

It was champagne sailing for the seven Corsair trimarans and six monohulls who took to the water and there was plenty of action! The trimarans were treated to four short races whilst the monohulls took on a scenic route with all races starting and finishing in the channel between Norman and Peter Island.

Rob Lind on Latitude 18 claimed the best start in the cruising fleet and the fleet headed off downwind to round Pelican and the Indians. A long upwind leg followed as the fleet headed north of Peter Island to leave Dead Chest to port. It was then a long downwind leg back to Pelican before heading back up to the finish.

After 2 hours and 21 minutes two boats were converging on the finish line for what looked like it would be a photo finish. Mile Sutherland-Pilch's Odyssey just snuck in first to take line honours, 4 seconds ahead of Pat Nolan's Moxie. On corrected time, the ladies took the spoils with Moxie taking first and Becky Paull's Aira in second place. David Lake's Wicked Winch rounded out the the podum in third.

Meanwhile, the trimaran fleet completed four Windward-Leeward races. Line honours in the first race went to Mark Sanders' Island Hops which converted to second overall behind Ting a Ling. Unfortunately, Island Hops was forced to sit out the rest of the day due to equipment failure.

Race two and three were both won by Barney Crook's Airgasm with Ting a Ling taking second. Third in race two went to Kevin Rowlette on Whoop Whoop and in race three to Richard May's Maytrix.

Race three was bookended with drama... After several months out of the boat, Rowlette appeard to be warming up nicely when seconds before the start, he tried to fit Whoop Whoop in a gap that was not quite wide enough. After colliding with both Ting a Ling and The Flying Pig, he retired from the race immediately after the start. At the other end of the race, Eddie Brockbank's Lucky 7 and Ting a Ling flew into the finish line together to offer a photo finish.

The fourth and final race took the fleet on a longer course, to the windward mark near to Carrot Rock, downwind around Pelican and the Indians, back to the windward mark before flying back to the finish. It was all or nothing for Ting a Ling and Airgasm, tied on points going into the race. Haycrafts's Ting a Ling rounded out the day in style taking line honours, the race win and the overall title.

His Excellency, Governor John J. Rankin, CMG joined in the prize-giving at the clubhouse, bringing some excellent prizes for first place in each class. Governor Rankin praised all those racing and highlighted the work of the youth sailing programme in training VI youngsters on the water.

The Governor's Cup was first contested in 1997 after then Governor, David McKilligan, donated a trophy for the event. 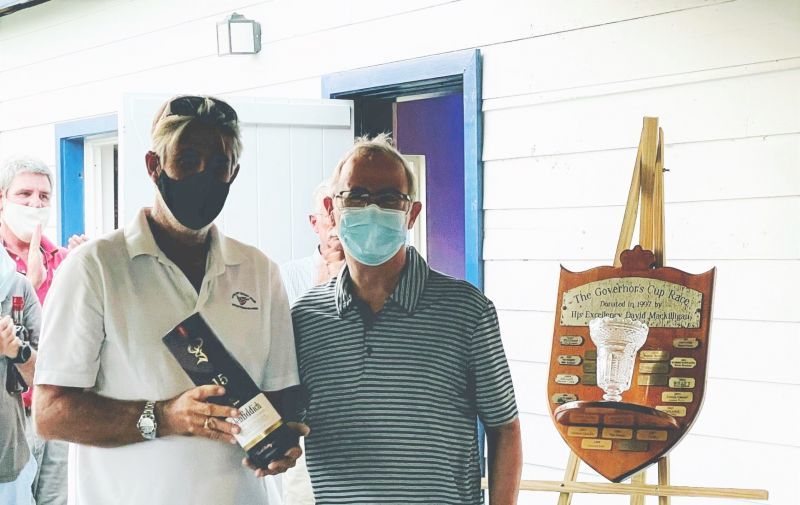 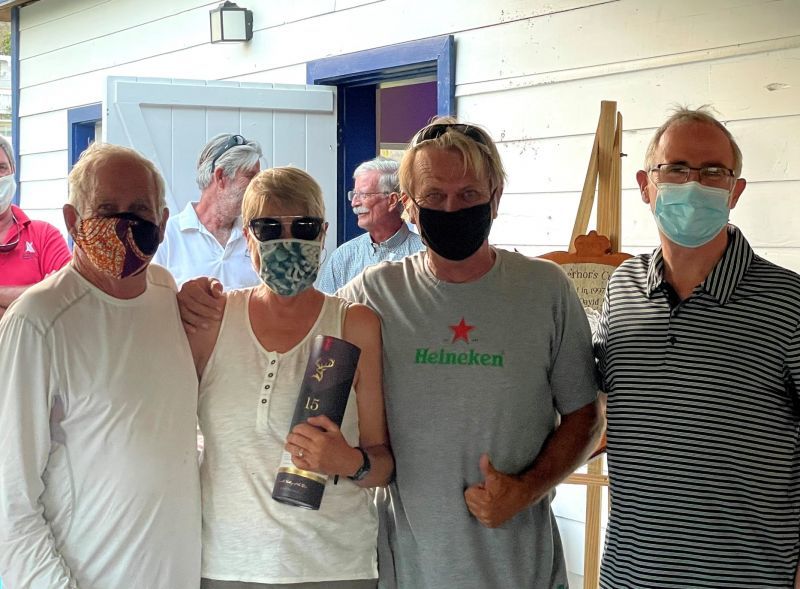