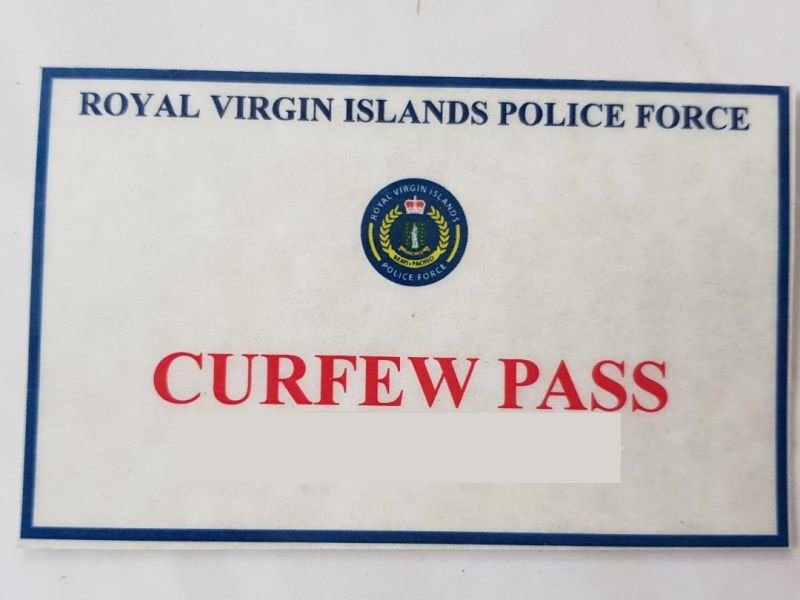 In a Facebook post last week, April 7, 2020, the Minister reiterated that the curfew was imposed to save lives and urged those with passes to stop abusing the privilege.

"Too many individuals are abusing their passes by going to places not specified in the pass. It must stop!" he said.

The Minister continued, "the next move would be to cancel all passes and tightly issue new passes to only absolute and verifiable essential workers. Check your status or you may be checked in!" Hon Malone warned.

Just recently, Commissioner of Police, Mr Michael B. Matthews, speaking to Virgin Islands News Online (VINO), said while many were adhering to the curfew, too many curfew passes were being abused.

"Mainly we are seeing compliance, especially at nights, but there are cases of abuse of passes, borrowing somebody’s and a minority ignoring the curfew requirements."

Hon Malone underscored that those who are violating the rules are putting the lives of people in the Territory at risk.

The VI moved to implement a complete 14-day lockdown starting Saturday, April 4, 2020, after recording its first three cases of COVID-19 as a measure to prevent community spread of the virus.

Two of the three individuals who tested positive have since recovered from the virus with just 1 active confirmed case still pending full recovery, according to an April 9, 2020 radio update from Hon Malone.