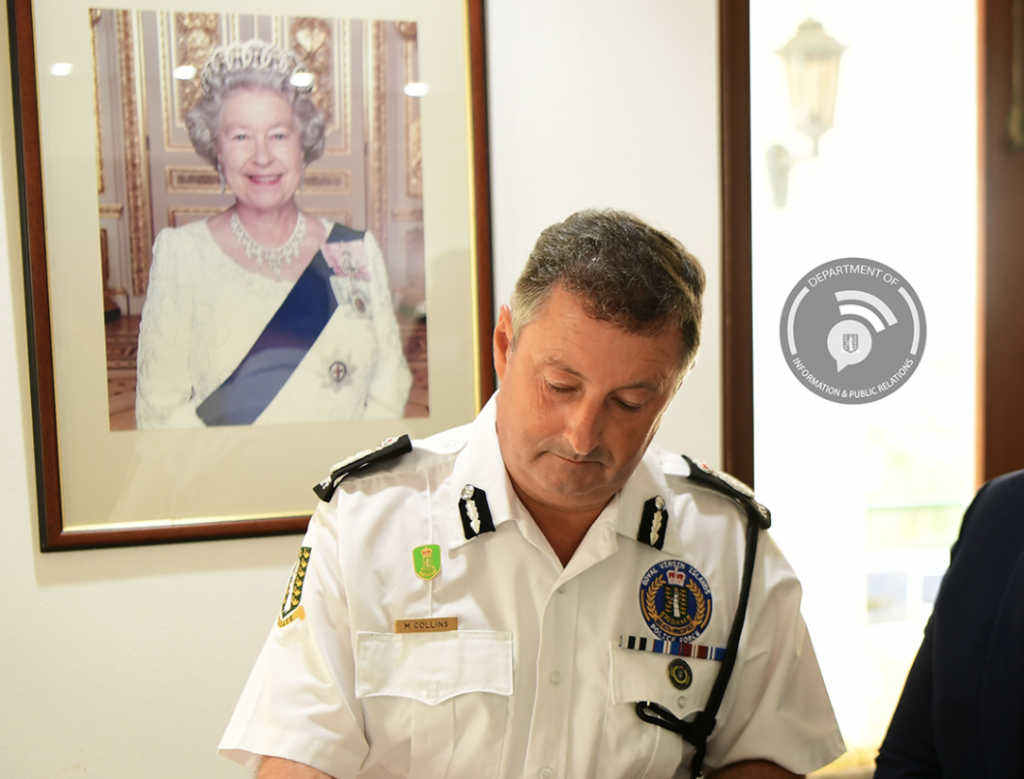 Police Commissioner Mark Collins has expressed a marked distrust for some officers in the Royal Virgin Islands Police Force (RVIPF), noting that their level of honesty and their business interests were of particular concern.

Collins told the ongoing Commission of Inquiry (COI) in his appearance yesterday, June 22, that while a majority of the officers are fine, others within the force need greater scrutiny.

“I need to be very careful with my language here because it’s a small police force. But on any given day, 80 percent of my officers will come and do a very good job and support and protect the community. But I have got concerns about a number of officers in terms of their honesty and the way that they carry out business interests and the way that they interact with the public. When I say the public, I mean with some criminal fraternity as well. So I’ve got some concerns and that is why I want to review the professional standards and be very clear about what my standards and expectations are,” the Commissioner said.

Collins said he currently has nine interdicted officers from the RVIPF — many of whom are currently before the court. He told the COI that there would be more to come.

His proposal, he told the COI, was to upgrade his professional standards department to address several of the concerns he had.

According to Collins, one of the things he found quite difficult to come to terms with was the different business interests that persons have outside of being a police officer.

“So you’ve got people working in security–having their own security businesses. I certainly as a Chief Constable in the UK wouldn’t be signing those off as a business interest that was compatible with being a police officer,” he said.

Collins said there was a clear conflict with being a police officer and having your own security business and agreed with the COI that there is an inherent risk that something untoward may happen.

The police commissioner further stated that there is currently not enough vetting and background checks of officers to determine if they are suitable enough to be part of the police force.

He felt that this could be resolved with the addition of a recruitment officer who is trained in that capacity.

The top cop added that addressing some of the internal challenges that affect his department would allow the force to be better able to investigate internal complaints and deal with issues in a more robust and timely fashion.