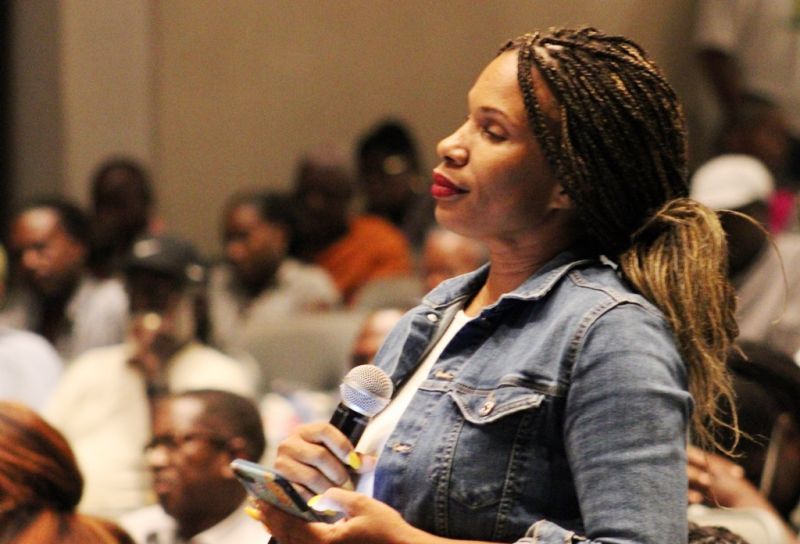 Top Cop, Governor ‘got to go’ over Police in Paradise video– Cindy Rosan

Outspoken talk show host, Rosemary Cindy Rosan has called for both the local Governor, John J. Rankin, CMG and Police Commissioner, Mark Collins to resign over an ITV video clip entitled "Police in Paradise', which paints the territory as a drug haven and overrun by crime.

Rosan was at the time a telephone guest during this morning's, June 28, 2022, edition of 'The Morning Braff' radio show, hosted by Floyd P. Burnett aka 'Heritage'.

Rosan said although the video paints the territory as a drug haven, over the past decade it has been the police who were involved in major drug busts in the Virgin Islands.

"Every major drug bust included police officers in the past 10 years," she added.

She added, “So I want to understand something, the BVI is a drug trafficking, destination and the police is the one trafficking the drugs?"

Rosan called for both the Police Commissioner and the Governor to leave the Virgin Islands, arguing that the video pains all Virgin Islanders.

CoP Collins on June 27, 2022, released a statement on the video, calling it “incomplete” and said it was intended to be a tool for recruiting officers from the Caribbean and the UK, and aimed at capturing the benefits and challenges of policing in the VI. 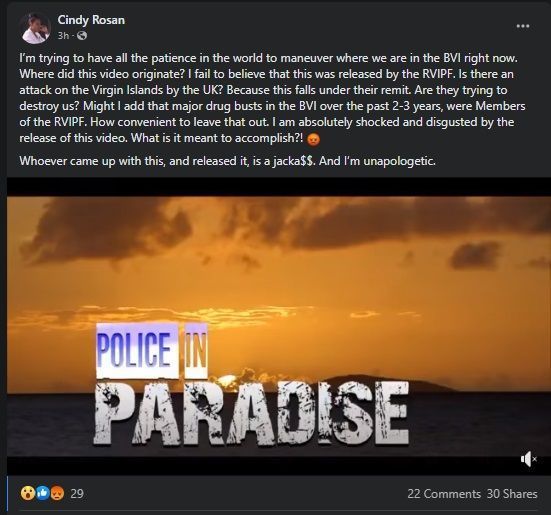 Rosan-Jones said, although the video paints the territory as a drug heaven, over the past decade, it has been the police who were involved in major drug busts in the Virgin Islands.

Collins continued that while permission was sought in advance from the relevant authorities specifically for the intended purpose, this raw footage in circulation lacked an introduction and a conclusion and was never intended for public consumption.

Cop Collins claimed that was “saddened by the actions taken to bring me him and the Force into disgrace and offered an apology to the VI.

“I am even more disheartened that the people of this Territory have to endure additional distress and trauma in this already very difficult time," he said.