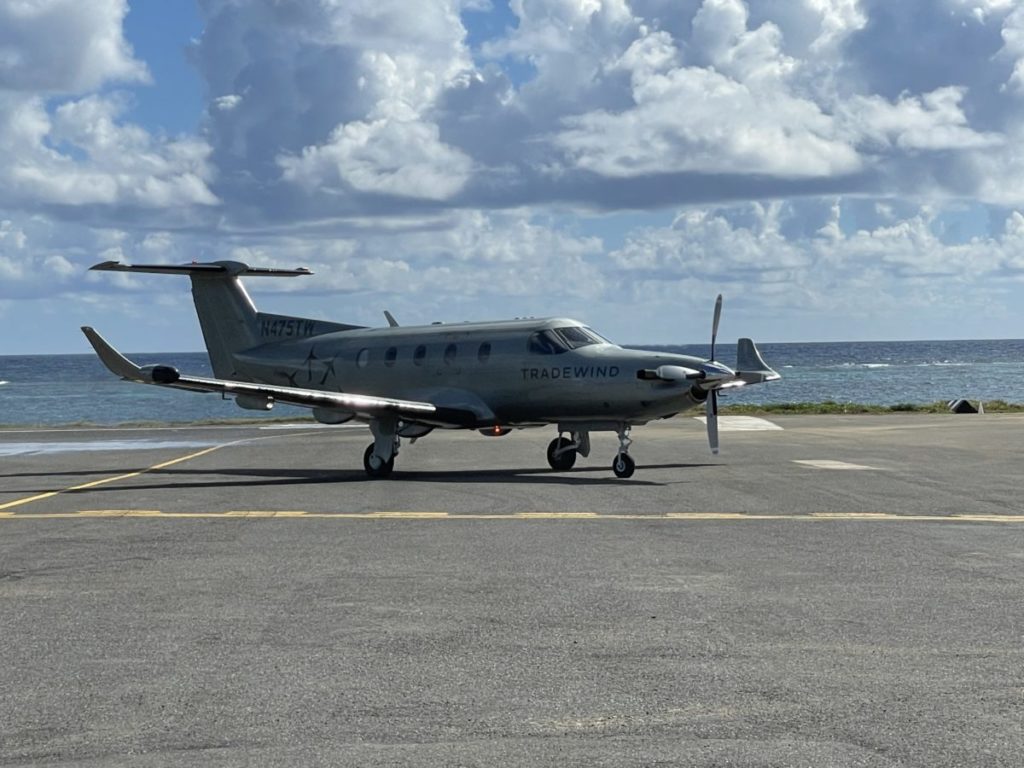 Tradewind Aviation looking to be more visible in BVI

The American airline headquartered at the Waterbury-Oxford Airport in Connecticut, USA had a signatory flight from the Beef Island airport to Virgin Gorda yesterday as the Taddy Bay airport reopened.

Co-founder of the airline, David Zipkin, said the aircraft that flew into Virgin Gorda seated eight passengers. He noted that his airline has an additional 24 aeroplanes in its fleet.

“We’ve been flying in the Caribbean for several years now and we have known that Virgin Gorda is extremely well underserved in terms of flights but also there is a great demand for luxury tourism here. We are just thrilled to be here to offer private charters from San Juan and beyond. And someday in the future, we might do some scheduled flights,” the co-owner said.

Yesterday’s pilot and the airline’s other co-owner, Eric Zipkin — the brother of David — also said he was honoured to be a part of the airport’s reopening.

“As it pertains to BVI and Virgin Gorda, [our airline’s plan] is to enhance our presence and to let people know that we are here and we are an option for them to choose. For both private charters — the high-end customers and tourist — and commercial flights in the future and also to support the island infrastructure,” the pilot added.

Looking forward to flying to Anegada

With the Premier announcing that Captain Auguste George Airport has been certified for the resumption of night flights, Zipkin said he is looking forward to operating in Anegada.

“I think Anegada is a very similar destination, like Virgin Gorda, which is hard to access but it’s an extraordinary destination which is very popular with affluent clients which is where we have the most experience,” he stated.

The pilot also said the passengers he transported from Beef Island to Virgin Gorda for the airport’s reopening were very excited despite the flight being less than five minutes because of the aircraft’s speed.