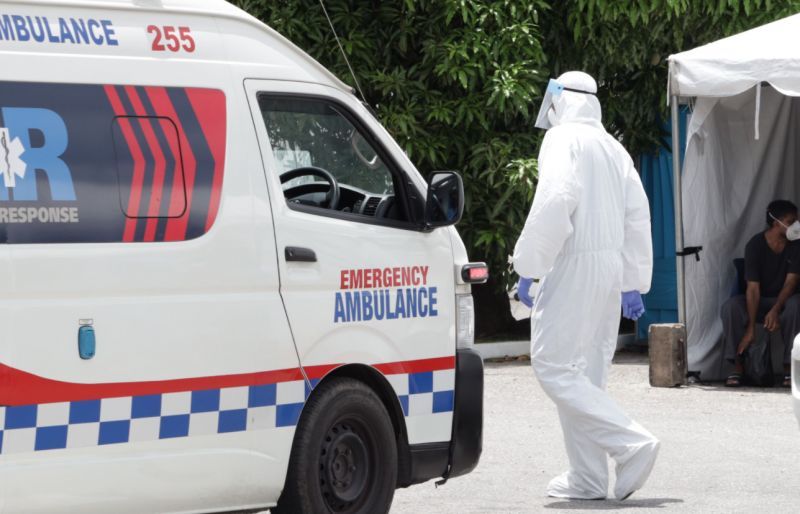 The Ministry of Health has registered another day of high fatalities in T&T due to the COVID-19 virus, with 18 deaths recorded over the last 24-hour reporting period, one of which occurred in Tobago.

The country’s death toll has crossed 400, now standing at 408 and 239 of these deaths were recorded this month.

May remains the deadliest month for the pandemic, eclipsing the total COVID-19 deaths recorded for the entirety of 2020, at 127.

The country also reported 612 new COVID-19 cases in 24-hour reporting period, resulting from samples taken from May 19 through May 24, 2021. This marked the third-highest jump in daily reported cases for the pandemic to date.

T&T’s total COVID-19 cases continue to soar above 20,000, now standing at 20,879, with active cases at 8,444.
In the 24-hour reporting period, 53 people were discharged from public health facilities, with 247 people considered recovered community cases. This marked the total recovered during the previous 24 hours at 300, marking the third-highest jump in recovered cases. T&T’s hospitalisations reduced to 443, the country’s third-highest number of patients in hospital.

There are 137 patients in the Couva Hospital and Multi-Training Facility, with six in the Intensive Care Unit (ICU) and 35 in the High-Dependency Unity (HDU), marking occupancy levels at 63 per cent, 33 per cent and 73 per cent respectively.

T&T’s military field hospitals at Jean Pierre Complex and the Couva Hospital are reporting occupancy levels at 96 per cent and 34 per cent respectively. Notably, a step-down unit attached to the Port-of-Spain General Hospital was added to T&T’s COVID-19 positive facilities in the last 24 hours, with 24 patients warded.

In Tobago, with 98 active cases, there is a 35% hospital occupancy with 18 COVID-19 positive patients in step-down or transitional facilities.