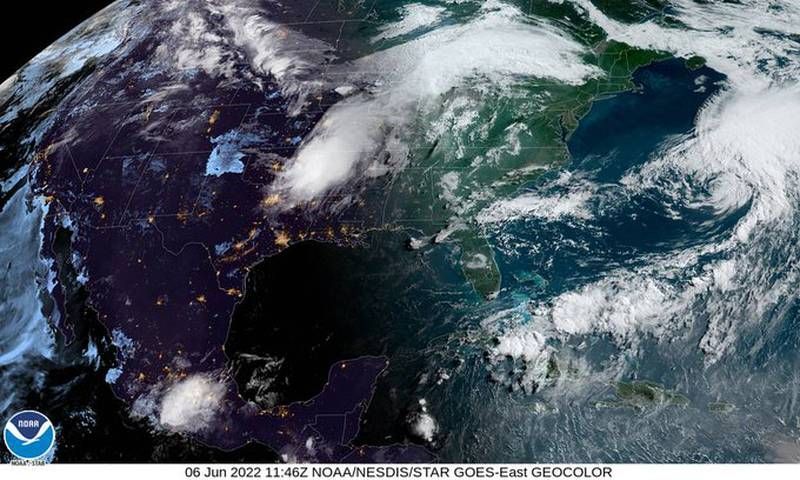 "The biggest impact we saw was a Potential Tropical Cyclone One as it made landfall over Southwest Florida" Saturday morning," said Rodney Wynn, a meteorologist with the National Weather Service in Southwest Florida.

Almost 15 inches of rain was recorded in Hollywood and Margate, 14.85 and 14.79 respectively, according to the National Weather Service, Miami.

How likely is Alex to strengthen?

Maximum sustained winds are near 65 mph, with higher gusts.

Alex is expected to continue moving over cooler waters in an environment of increasing vertical wind shear and dry air. It is likely to become extratropical or a remnant low later today.