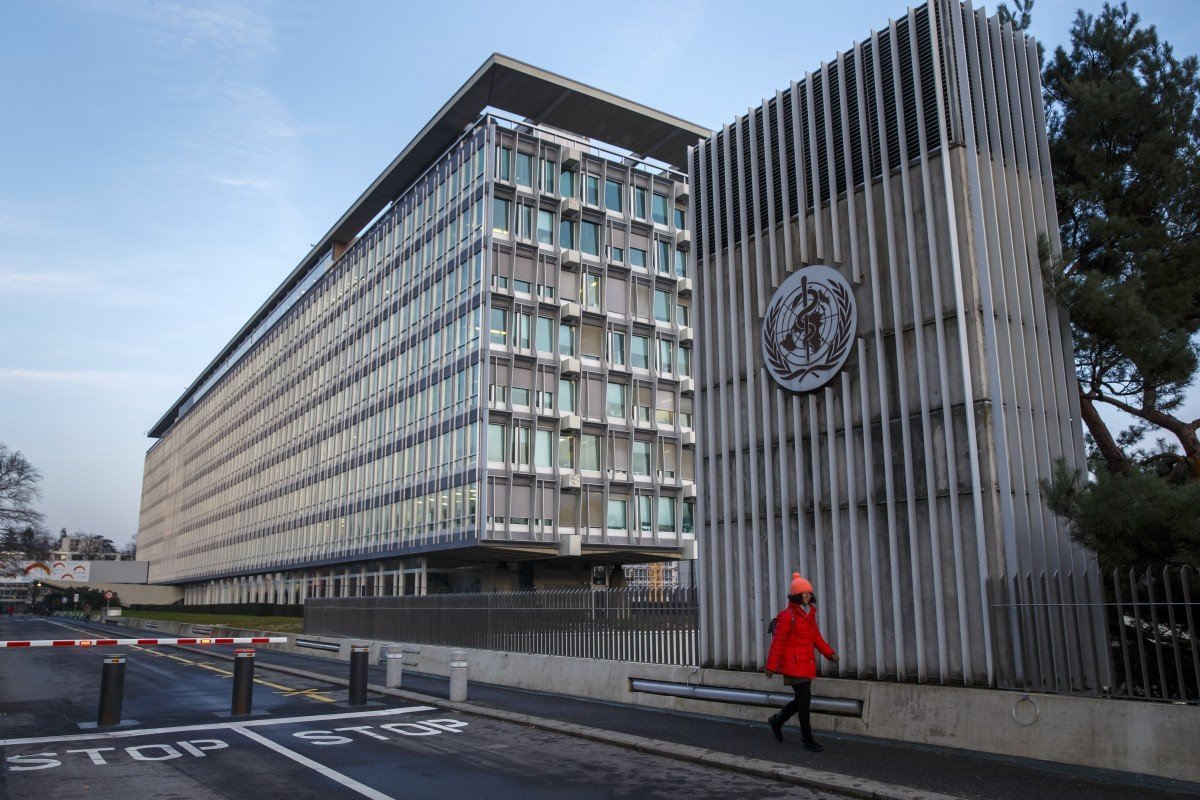 An outbreak anywhere can be a problem everywhere, pandemic experts say after US president takes aim at the UN health body. ‘China, not the WHO, should be held accountable’ for information supplied in the early days of the disease

US President Donald Trump’s attacks on the World Health Organisation and decision to withhold funds for the UN body could put global health and American interests at risk amid the coronavirus pandemic, experts say.

Trump accused the WHO of “severely mismanaging and covering up the spread of the coronavirus” that causes the Covid-19 disease, and spreading the Chinese government’s “disinformation” in the early days of the outbreak.

In Washington on Tuesday he said the US would withhold funds during an evaluation of up to 90 days to review the organisation’s response to the pandemic. It is unclear how Trump would halt payments, as changes to appropriations need US Congressional approval.

Public health experts in the US and officials in several countries were quick to condemn the move. They said it jeopardised the health security of the US and was detrimental to the global fight against the pandemic caused by the Sars-CoV-2 virus, for which there is no vaccine.

The US is the biggest financial contributor to the WHO, with its payments accounting for around 15 per cent of the organisation’s US$6.2 billion total budget over the last two years.

Bollyky and other experts pointed to the importance of the WHO as a central platform for monitoring and sharing data about Covid-19 and its spread. They also said it was a key source of technical guidance, support, and supplies to less-developed countries, to help them control the deadly respiratory disease that has infected more than 2 million people around the world.

Weakening the WHO’s ability to give that help could affect not just global health, but US plans to reopen its economy, said Olga Jonas, a senior fellow at the Harvard Global Health Institute and a former economic adviser to the World Bank.

“An outbreak anywhere can be an epidemic everywhere. America has business all around the world, US [businesspeople] fly all around the world all the time, so if that [travel] can’t resume because of this announcement, then it’s an economically costly decision,” she said.

While public health experts have generally praised the WHO’s reaction to the pandemic, the organisation has been criticised for its initial response, with speculation that it bowed to pressure from China in delaying decisions like when to declare the disease an international emergency.

Trump accused the organisation of failing to “investigate credible reports from sources in Wuhan” – the Chinese city where the disease was first detected – that conflicted with Beijing’s accounts, contributing to the spread of the disease and the resulting economic damage.

Just hours before Trump’s announcement, a group of Republican US senators accused the WHO of helping Beijing “cover up” the threat of the virus. They called for the WHO to release internal documents to aid in a Congressional investigation.

On January 9, the WHO posted an update including information from Chinese authorities that the virus “does not transmit readily between people”, although subsequent research and eyewitness accounts indicated the disease was already spreading from person to person, the senators said.

Jonas, who coordinated pandemic response plans at the World Bank, said it was unrealistic for the United States to expect the WHO to investigate information reported by member countries.

The former head of Britain’s MI6 foreign intelligence service, John Sawers, added to the chorus of concern about the US move.
He told the BBC that he agreed that the Chinese government had concealed critical information about the outbreak, but Beijing – not the WHO – should be accountable for that.

“[The WHO’s] work is slowing the spread of Covid-19 and if that work is stopped no other organisation can replace them,” he wrote in a tweet. “The world needs WHO now more than ever.”

The Bill & Melinda Gates Foundation is one of a number of health charities working with the European Commission to organise a donor’s conference to fund the creation and deployment of a Covid-19 vaccine.

Unveiling plans for the online conference on May 4, commission president Ursula von der Leyen pledged to continue working with the WHO.

Earlier this year, the Trump administration proposed deep cuts to WHO funding in its budget for next year.

The US provides financing through WHO-assessed member contributions and voluntary funding, which together came to US$893 million for the WHO’s 2018-2019 two-year budget.

A January 31 account statement for the US on the WHO website indicates the country, like other member states, makes multiple payments towards its yearly contributions. It also indicates that the US has outstanding payments from 2019 of around US$82 million to its assessed contributions and has yet to pay towards 2020.

A loss of US funding could ripple out across the WHO operations in various ways during the pandemic.

Professor Sara Davies, who specialises in global health governance and health diplomacy at Australia’s Griffith University, said the WHO might have to cut programmes and seek more aid from donors.

“Where we will probably see the effect of US funding is in other programmes that WHO will have to cut,” she said, noting the organisation had faced significant budget cuts in the past.

But this “deliberate political act” – a result of political jostling between US and China for political power within the United Nations – would harm the organisation if it came to pass, she said.

“The escalation of the US response during a health emergency is probably being looked upon with despair by the rest of the international community,” she said.

Joseph Lewnard, assistant professor of epidemiology at the University of California Berkeley, said he feared that failures of the US response, along with these actions, would “irreparably damage the standing of the US as reliable partner to the global community and will simply leave us without a seat at the table”.

On Wednesday, Josep Borrell Fontelles, the European Union’s high representative for foreign affairs, said there was “no reason justifying this move at a moment when their efforts are needed more than ever”.

A review of the WHO response after a crisis would be a standard procedure, experts say. The organisation implemented reforms after an independent panel review of its handling of the 2014-2016 Ebola disease outbreak, which found it had a slow response and leadership failures.

Amesh Adalja, an infectious disease expert at the Johns Hopkins University centre for health security, said such reforms should wait.

“It’s not the middle of a pandemic that you do this type of thing,” he said.