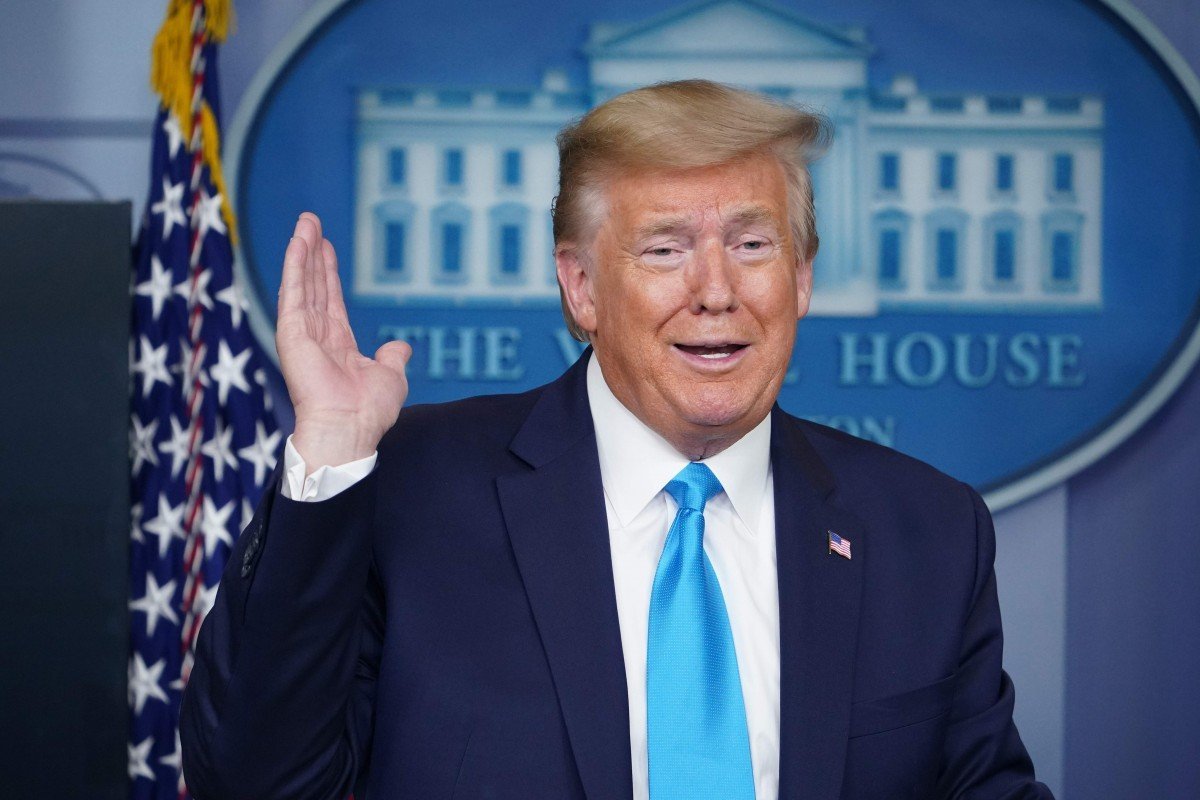 US president says World Health Organisation knew about the dangers of the coronavirus months before it took any action. The United States is the largest contributor to the 194-member UN body

President Donald Trump on Tuesday threatened to withhold US funding from the World Health Organisation, saying the United Nations body “missed the call” and implying it knew about the dangers of the coronavirus months before taking any action.

Asked later in the briefing whether it was wise to cut the global health agency’s funding during a pandemic, Trump denied that a decision had been made.

The W.H.O. really blew it. For some reason, funded largely by the United States, yet very China centric. We will be giving that a good look. Fortunately I rejected their advice on keeping our borders open to China early on. Why did they give us such a faulty recommendation?

The W.H.O. really blew it. For some reason, funded largely by the United States, yet very China centric. We will be giving that a good look. Fortunately I rejected their advice on keeping our borders open to China early on. Why did they give us such a faulty recommendation?

The WHO first noted “a pneumonia of unknown cause” in Wuhan in late December. It declared a global health emergency on January 30 and, on March 11, deemed the coronavirus outbreak a pandemic.

Trump had castigated the WHO on Twitter earlier in the day and issued a veiled threat against the 194-member agency, for whom the United States is the largest contributor.

“The W.H.O. really blew it. For some reason, funded largely by the United States, yet very China-centric. We will be giving that a good look,” Trump wrote on Twitter.

“Fortunately,” Trump wrote, “I rejected their advice on keeping our borders open to China early on. Why did they give us such a faulty recommendation?”

This was not the first time Trump took issue with the agency’s funding. The White House’s proposed budget for 2021 cuts the US contribution to the organisation significantly, from US$122 million to under US$58 million, though the final decision belongs to Congress.

The WHO has emerged as a popular target of criticism on the right, with conservatives claiming it had relied heavily on potentially suspect data from China in formulating its guidance around the disease.

As late as January 31, WHO representatives were advising countries to keep their borders open even as the virus spread. That same day the Trump administration announced restrictions on some travellers from China.

At that time, the WHO was providing guidance that “travel bans to affected areas or denial of entry to passengers coming from affected areas are usually not effective in preventing the importation” and could “have a significant economic and social impact”.

The agency warned that strictly limiting movement during a pandemic could “interrupt needed aid and technical support” and “disrupt businesses”, although it did allow that if restrictions were “short in duration” they may “may have a public health rationale at the beginning of the containment phase of an outbreak”.

Trump’s ban went far beyond WHO advice, but was also poorly enforced.

The New York Times has found that at least 430,000 people arrived in the United States on direct flights from China even after Trump announced his travel restrictions, and that screening protocols of travellers from China were spotty.

There is also evidence that the White House’s fraught relationship with the WHO exacerbated the United States’ failure to roll out widespread effective testing for the virus.

While the UN was vital in shoring up testing in many countries, the United States refused to use the international body’s testing kits, subsequently scrambling to develop its own. Testing shortages continue to hobble the US’ response to the virus.

The chorus of WHO criticism from the US right wing has recently swelled.

On Monday, Senator Rick Scott, Republican of Florida, said Fox News that the “WHO should be held accountable for helping Communist China lie about the coronavirus.”

Last week, Senator Marco Rubio, also a Florida Republican, put out a statement condemning the “WHO’s current leadership, who have regularly demonstrated their servility to the Chinese Communist Party”.

Rubio called for the resignation of WHO Director General Tedros Adhanom Ghebreyesus, saying that he is “either complicit or dangerously incompetent. Neither possibility bodes well for his future at the helm of this critical organization.”

The agency came under fire recently when a video emerged of a WHO adviser first pretending not to hear the question, then cutting an interview short when asked about Taiwan.

“When people’s lives were at stake, Taiwan acted to protect them,” said Rubio. “That is exactly what the WHO should be doing; instead, it has undermined global health by carrying water for Beijing.”