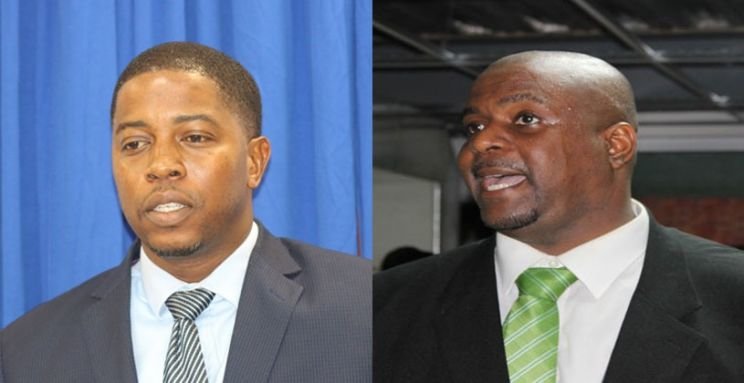 Opposition legislator and Second District Representative, Hon. Melvin ‘Mitch’ Turnbull finally broke his silence over the barge fees dispute resulting in a clash in the House of Assembly (HoA) on Tuesday, September 29, 2020, with Premier and Minister for Finance Hon. Andrew Fahie.
Hon. Turnbull during a press conference called by the Opposition on August 28 stated that government was paying $17,000 per barge, per day for border security, a claim that Fahie debunked.

However, addressing the HoA last night, Turnbull said: “Just as I did in the press conference, the number that I said then, was renegotiated to what it is now. It was $17,000, that was the original number, and it was renegotiated down to $4,600 per barge.”

After his statement, Premier Fahie rose and addressed the HoA.

“I really don’t want to get up, but I don’t what to let that slide because it is not true. Mr. Speaker, it was always negotiated for the $4000 and change per barge. As a matter of fact, there were extra things in there, so he even got more for the price because we got more barges for a certain time. So factually that is not correct.”

Nonetheless, Turnbull insisted that he was standing by his statement because “that’s what I was told.”

An unrelenting Premier then remarked that Turnbull should be more responsible with his words.

“He cannot come to the honourable house and mention something that was never factually dealt with, there was nothing finalized. So whoever it is gave the member this information obviously was not accurate. So I cannot stay here and let the businessman name go down the mud with something that was never to that level. There was a formal submittal because there were quotations from different barges that Customs organized and they brought in their different amounts Mr. Speaker,” Premier Fahie stated.

He added, “So if something else happened that is not on the file, I’ll have to find out because this Mr Speaker the member is saying he can hold to what he is saying, but as per what happened in the offices based on Customs, that is not factual.”
#Fahie
Add Comment